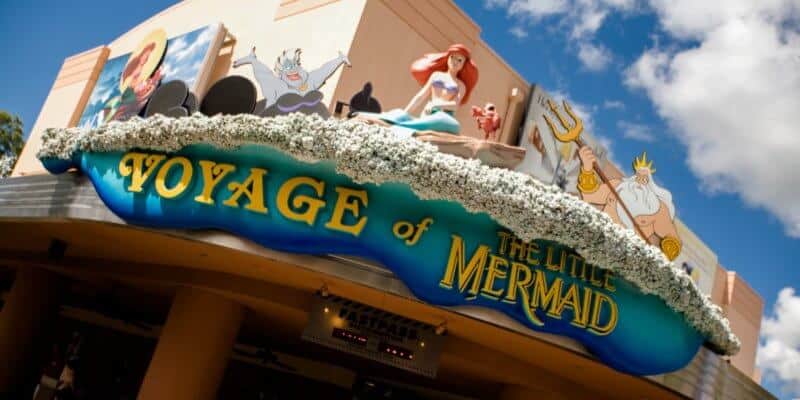 This week, Disney began its Princess Week Celebration, and although we have seen many offerings appear for Guests, there is one major entertainment experience that is still missing from the lineup.

Disney has begun its Princess Celebration with a variety of offerings, from a new Tiana-themed playground at EPCOT to Jasmine mosaic cookies being offered in the Morocco pavilion to the release of the Princess Hotline, as well as a Disney Princess tour, and more!

Disney has been highlighting different princesses, and today, we saw Disney shine a light on Ariel from The Little Mermaid.

Her unflappable spirit and resilience carry her through her journey of self-discovery, through which she becomes a courageous young woman who discovers her place in the world. That place in the world includes all of our parks and resorts, so let’s take a look at where you can celebrate your favorite mermaid.

The post stated everywhere you can find Ariel at every single Disney Park globally, but at Walt Disney World, one iconic offering remained missing. Of course, Guests can ride Under the Sea ~ Journey of The Little Mermaid in Fantasyland at Magic Kingdom Park, and head to Prince Eric’s Village Market and pick up a Mermaid Tail. You can also see her large statue at Disney’s Art of Animation Resort.

But before the pandemic, there were another spot Guests could relive the tale of The Little Mermaid, hear Ariel sing “Part of Your World,” and watch Sebastian, Flounder, Ursula, Prince Eric, and more come to life in front of their eyes. At Disney’s Hollywood Studios, Voyage of the Little Mermaid has been closed for over a year, with no word on when it will return. Seemingly, this week would have been a great time for Disney to announce the return of this beloved Little Mermaid stage show, but no announcement has been made yet.

Recently, we just saw Beauty and the Beast Live on Stage return to the theme park, but Voyage of the Little Mermaid remains closed. Since the show is dated, some speculated that Disney may have decided to close the show altogether to replace it with something new. However, as we have reported, the signage for the show was recently redone, which would not make sense if they planned to scrap the show altogether. Disney has also not ever indicated that Voyage of the Little Mermaid will not return, and the website still lists this show as “Temporarily Unavailable.”

Now that we have seen the Actor’s Equity union come to an agreement with Disney regarding mandatory vaccinations for Cast Members, perhaps we can see some progression on Voyage of the Little Mermaid’s return, as we have for Beauty and the Beast Live On Stage. That being said, Beauty and the Beast did return before the agreement had been made, so the reason for Voyage of the Little Mermaid’s delayed return may be a separate issue altogether.

Disney’s Hollywood Studios often has long waits for many of their attractions, and shows such as Voyage of the Little Mermaid are perfect for helping alleviate some of the crowds. Without it running, those Guests are now dispersed into other areas and queues within the Park. Another major show, Indiana Jones Epic Stunt Spectacular! remains missing from the Park as well, along with the nighttime spectacular, Fantasmic!

Do you want to see Voyage of the Little Mermaid return?