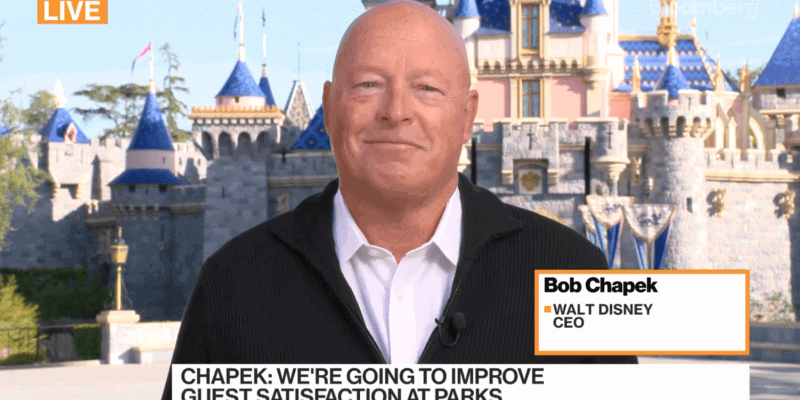 This Disney Parks, Experiences, and Products division had an incredibly successful third quarter, which ended on July 2, 2022. The Walt Disney Company released its Q3 Earnings report on Wednesday ahead of its quarterly webcast with CEO Bob Chapek.

According to the report, the Disney Parks, Experiences, and Products division reported a revenue of $7.39 billion, exceeding the expected $6.65 billion. Chapek wrote the following statement:

“We had an excellent quarter, with our world-class creative and business teams powering outstanding performance at our domestic theme parks, big increases in live-sports viewership, and significant subscriber growth at our streaming services… We continue to transform entertainment as we near our second century, with compelling new storytelling across our many platforms and unique immersive physical experiences that exceed guest expectations, all of which are reflected in our strong operating results this quarter.”

Ahead of the Earnings Report, fans were concerned about the impact of the conflict between The Walt Disney Company and Florida Governor Ron DeSantis. Some DeSantis supporters called for a boycott of the Disney Parks and films after Chapek called DeSantis to tell him that Disney does not support the “Don’t Say Gay” bill, which was later passed and signed into law. Disney promised to pause political donations in Florida due to the controversial bill after donating $4.8 million to Florida campaign funds in 2020.

According to NPR, “The legislation prohibits any instruction about sexuality or gender between kindergarten and third grade, or in a manner that is not age-appropriate or developmentally appropriate for students in accordance with state standards.”

Further outrage ensued when it was revealed that Pixar initially edited out a lesbian kiss in Lightyear (2022), which was later re-added. Due to fan backlash, Disney announced it wouldn’t remove the scene for international releases, leading over a dozen conservative countries to ban the film.

Despite some boycotts, controversy over up-charges like Genie+ and Lightning Lane, and dissatisfaction with CEO Bob Chapek, Walt Disney World Resort, Disneyland Resort, and the international Disney Parks are doing better than anyone expected.

Inside the Magic will continue to report on updates from the Q3 Earnings Call.