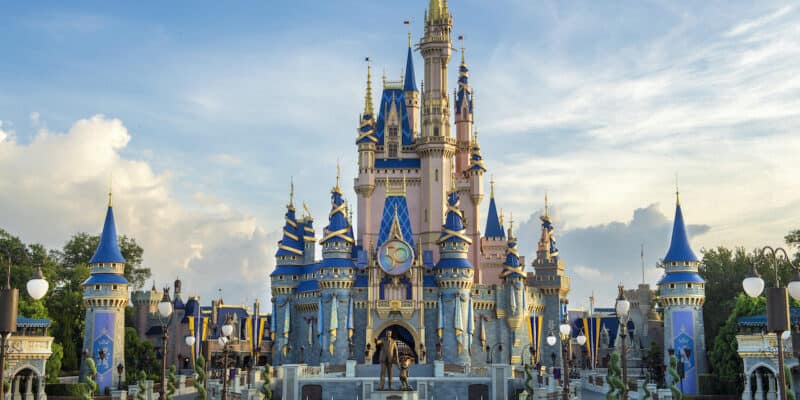 Disney fans seem to have had enough of Florida politics, and some are stating that they want to see the theme park removed from Florida altogether.

Just yesterday, the Florida Senate just passed a bill that would completely dissolve Disney’s Reedy Creek Improvement District. This comes after weeks of drama surrounding the Walt Disney World Resort and the state of Florida after the company’s divisive stance on the state’s controversial “Don’t Say Gay” bill.

Politics have been heavily featured next to The Walt Disney Company name for quite some time now, and things seem to only be ramping up. Known as the “Don’t Say Gay Bill”, this piece of legislation has left Disney fans in an uproar. As stated by NPR, “The legislation prohibits any instruction about sexuality or gender between kindergarten and third grade, or in a manner that is not age-appropriate or developmentally appropriate for students in accordance with state standards.”

Then, Disney CEO Bob Chapek spoke out and sided with the LGBTQ+ community, condemning the bill. Chapek stated he was in talks with Florida Governor DeSantis, however, the bill has now been signed by the Governor, who has stated Disney was wrong to combat said bill. Most recently, Christopher Rufo released internal Disney videos in which those in charge discuss how they insert the “not-at-all-secret gay agenda” into children’s programming. Although many seemed to be shocked by Disney stating they would be implementing minorities into 50% of their characters, this was something Disney noted through their recent inclusion initiatives very blatantly — so the comments were not so shocking for those who had actually been keeping track of Disney’s plans for their content.

We have already seen how children of different nationalities are finding films with more diverse cultures like Encanto (2021) to be life-changing, as they can finally see themselves on screen. Now, Disney plans to move forward with that ideology in terms of having a stronger LGBTQ+ representation on screen.

Disney has spoken out against Florida’s “Don’t Say Gay” bill very openly at this point, condemning the Florida government for pushing it through. Recently, we reported on how Disney may lose the “Reedy Creek Improvement District” which gives the theme park Resort to act with the same authority and responsibility as a county government. It also allows for some major tax breaks. Disney has their own police force, and are able to self-govern, giving the Florida theme park autonomy over their land.

This firm stance against the new bill caused friction between the company and the state of Florida, with Governor Ron DeSantis continuing to escalate the battle with incendiary words and potential actions. As of yesterday, DeSantis heightened the stakes, publicly announcing he was considering terminating the special treatment Disney has been receiving due to the state’s Reedy Creek Improvement act.

The Reedy Creek Improvement Act essentially allows Walt Disney World to reside in Florida unregulated, acting as its own “government” in a way. The act involved creating a special taxing district that acts with the same authority as a county government. The legislation made the claim that landowners within the Reedy Creek Improvement District, primarily Walt Disney World, could be allowed to be solely responsible for paying the cost of providing typical municipal services like power, water, roads, fire protection, etc. Local taxpayers, meaning residents of Orange and Osceola County, would not have to pay for building or maintaining those services.

The relationship between the state of Florida and the Walt Disney World Resort seems to be hanging in the balance. We recently reported how the dissolution of the Reedy Creek Improvement Act could financially affect taxpayers.

As this drama continues to unfold, many are expressing their distaste. Interestingly enough, there are tons of Disney fans who are suggesting to move Walt Disney World from Florida. Disney World is the size of San Francisco, home to Magic Kingdom, EPCOT, Disney’s Animal Kingdom, and Disney’s Hollywood Studios, as well as Disney’s Typhoon Lagoon, Disney’s Blizzard Beach, Disney Springs, 25+ Disney Resorts, and more. The option to move the entire theme park Resort is an impossible one, however, many are still suggesting it.

Please consider relocating Disney World to a new state that isn’t actively crusading against LGBTQ people! I am sure other states would be more than thrilled to have your tourism dollars and employment opportunities. Make an example out of DeathSantis!

Please consider relocating Disney World to a new state that isn't actively crusading against LGBTQ people! I am sure other states would be more than thrilled to have your tourism dollars and employment opportunities. Make an example out of DeathSantis!

New York would love to have you! With all the tax incentives you could get up here, that would more than cover making the park indoors for the winter. Would be an excellent destination for the summer too – who wants 100 degrees in August?

Friday On My Mind (@TheLostGenXer) said:

It would cost billions, but Disney World should move to a new state if Florida reelects Ron DeSantis.

The happiest place on earth should not exist in a state that votes for hate.

It would cost billions, but Disney World should move to a new state if Florida reelects Ron DeSantis.

The happiest place on earth should not exist in a state that votes for hate.

Colorado Governor Jared Polis has extended an invitation to Disney World to move out of Florida & relocate in Colorado as “Mountain Disney.”

I hope Disney World decides to move out of Florida so that the state will lose a lot of revenue. Hit them where it hurts.
#DeSantisDestroysFlorida

I hope Disney World decides to move out of Florida so that the state will lose a lot of revenue. Hit them where it hurts.#DeSantisDestroysFlorida

The amount of others who continue to state the same thoughts is ever-growing on Twitter, with many wanting Disney to move. Again, this would be a massive financial hit for Disney, and will likely not be a move done by the company. That being said, we will continue to update you on the ongoing situation regarding Disney and the possible dissolution of Disney’s Reedy Creek Improvement District.

Would you want to see Walt Disney World move to another state?