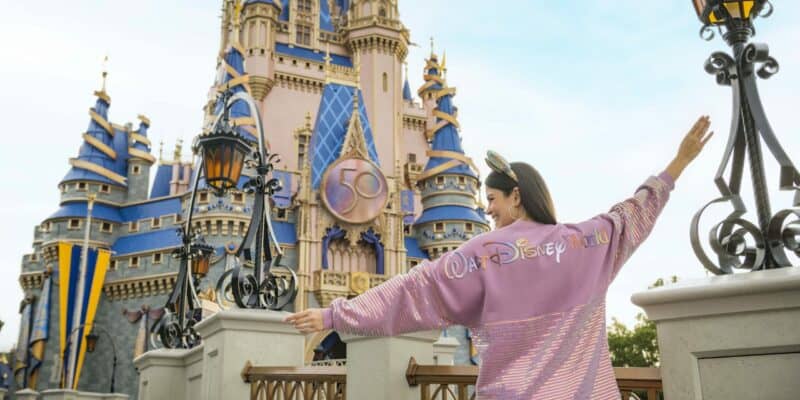 It seems more Florida politicians are taking a massive stand against Disney.

Politics have been heavily featured next to The Walt Disney Company name for quite some time now, and things seem to only be ramping up. Known as the “Don’t Say Gay Bill”, this piece of legislation has left Disney fans in an uproar. As stated by NPR, “The legislation prohibits any instruction about sexuality or gender between kindergarten and third grade, or in a manner that is not age-appropriate or developmentally appropriate for students in accordance with state standards.”

Then, Disney CEO Bob Chapek spoke out and sided with the LGBTQ+ community, condemning the bill. Chapek stated he was in talks with Florida Governor DeSantis, however, the bill has now been signed by the Governor, who has stated Disney was wrong to combat said bill. Most recently, Christopher Rufo released internal Disney videos in which those in charge discuss how they insert the “not-at-all-secret gay agenda” into children’s programming. Although many seemed to be shocked by Disney stating they would be implementing minorities into 50% of their characters, this was something Disney noted through their recent inclusion initiatives very blatantly — so the comments were not so shocking for those who had actually been keeping track of Disney’s plans for their content.

We have already seen how children of different nationalities are finding films with more diverse cultures like Encanto (2021) to be life-changing, as they can finally see themselves on screen. Now, Disney plans to move forward with that ideology in terms of having a stronger LGBTQ+ representation on screen.

Disney has spoken out against Florida’s “Don’t Say Gay” bill very openly at this point, condemning the Florida government for pushing it through. Recently, we reported on how Disney may lose the “Reedy Creek Improvement District” which gives the theme park Resort to act with the same authority and responsibility as a county government. It also allows for some major tax breaks. Disney has their own police force, and are able to self-govern, giving the Florida theme park autonomy over their land.

Newsweek reported that during a press conference on Thursday, DeSantis said he’d be in favor of not allowing Disney “to have their own set of rules compared to everybody else.” The publication interviewed state Representative Anthony Sabatini who had a lot to say regarding Disney’s stance on the “Don’t Say Gay” bill, and the repercussions that may come from it, including the “living hell” that now evolve with the help of the government.

“When Disney purchased land for its theme parks, it pushed through laws that said it was self-governing,” Sabatini told Newsweek. “They have their own police and fire departments and could even have their own nuclear power plant if they wished. If it were up to me, I’d call a special session and Disney would lose all of it. If they’re governed by local authorities, it’s not going to be pretty for them—they’ll be subject to all sorts of crazy taxes, rules and regulations. It will make life a living hell for them. They’ll be regulated like everybody else.”

In regards to the incredibly controversial bill, Sabatini stated:

“This bill is about K through third grade. Let me repeat: K through third—children ages 5, 6 and 7,” he said. “Disney’s position is that these children need lessons about transgenderism and sexual orientation. If you need me to explain why that’s wrong, it’s a waste of my time, because it’s so self-evident.”

“Disney is responding to radical, leftist nut-jobs in California. They’re corporate cowards,” Sabatini said. “Disney is about to lose all its governing status in Florida. The hammer is going to drop so hard on Disney that they’re in full defense mode. Really bad things are going to happen, and they’re freaking out.”

At the moment, no changes have been made to how the Walt Disney World Resort is allowed to operate.

What do you think of this ongoing situation? Let us know in the comments below.