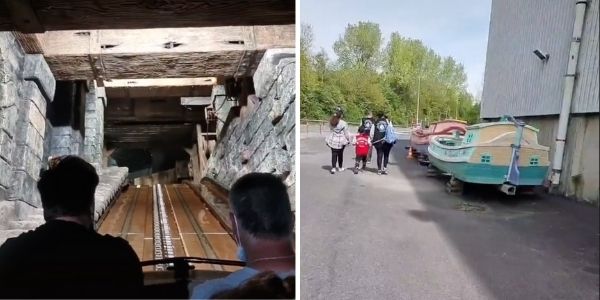 Recently, Guests shared their experience of getting stuck on a Disney ride, forcing them to evacuate and walk “miles” to get back into the Park.

All of the Disney Parks and Resorts are filled to the brim with iconic and exciting rides and attractions. Some rides like Peter Pan’s Flight and “it’s a small world” take Guests on a tame tour through classic films and locations. Others such as Expedition Everest whip Guests around a gigantic mountain, putting Guests face to face with the legendary yeti. While there are so many rides to choose from, one, in particular, takes the cake when it comes to providing a relaxing yet exciting experience.

Pirates of the Caribbean may be not only Disney’s most beloved ride but one of the most recognizable and famous attractions in theme Park history. Featuring loads of animatronics, catchy tunes, and incredible theming, you will not want to miss this ride when you visit the Disney Parks.

As stated above, Pirates of the Caribbean is a fantastic experience, at least when it’s working. One Guest recently shared their journey of getting stuck on the ride, evacuating, and having to walk back into the Park on TikTok. See the full video below from @adhdiswhatido below:

As you can see in the video, Guests were riding Pirates of the Caribbean at Disneyland Paris when the ride suddenly stopped. After getting stuck just below a lift hill, a Cast Member can be heard explaining what happened and instructions for Guests to follow. It appears that some water was drained on the hill revealing the track underneath.

Guests eventually leave their ride vehicles and eventually end up in the backstage area. The Guest commented on how far of a walk it was, claiming it felt like “miles”.

Shiver your timbers in this marauding pirate plundering, now with Captain Jack Sparrow and a crew of infamous faces on board.

A Pirate’s Life with Added Arrrrrrrrgh!

Man the decks and hoist the rigging, because from 24th July 2017 Captain Jack Sparrow, Captain Barbossa, a new female hero and and a crew of notorious buccaneers are breathing new life into one of our most famous attractions, Pirates of the Caribbean.

Have you ever had to evacuate a Disney ride?