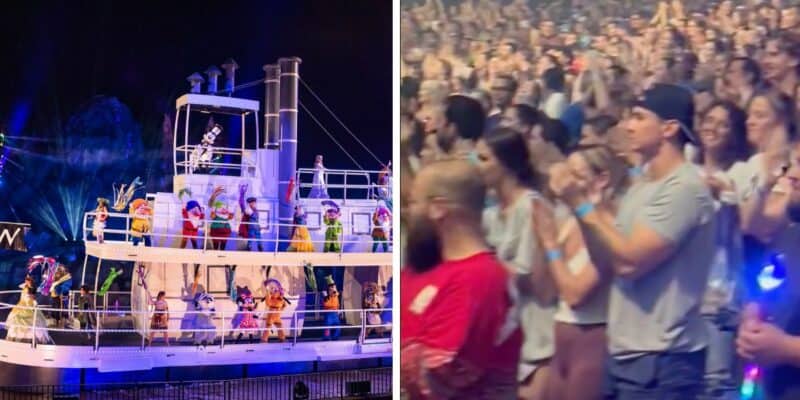 Few things have been more anticipated than the return of Fantasmic! At The Walt Disney World Resort.

Fantasmic!, the beloved nighttime spectacular, has been closed at Walt Disney World Resort since the start of the COVID-19 pandemic. As Disney fans have anxiously awaited the return of the show, they’ve been hit with disappointment as it has remained closed for over two years.

Thankfully, Disney officially revealed that this show would finally be returning to Disney’s Hollywood Studios in November.

Disney’s Fantasmic! will begin performances at Disney’s Hollywood Studios on November 3, with Cast Members getting a special preview a few days early.

A tweet was shared by @WaybrightAdam showing the crowd’s reaction to Fantasmic!’s first show back at Walt Disney World. The video can be seen below:

As you can see, the energy in the audience was electric, with hundreds of Guests standing up to cheer. It’s a magical moment for sure to see a show return after so long. We are sure that Guests will feel the same when the Walt Disney World Railroad finally reopens at Magic Kingdom.

The nighttime spectacular is also featured at the Disneyland Resort in Anaheim, California.

In case you have never seen this nighttime spectacular, the Disney World website describes the show as follows:

Are you excited to see Fantasmic! again at Walt Disney World?