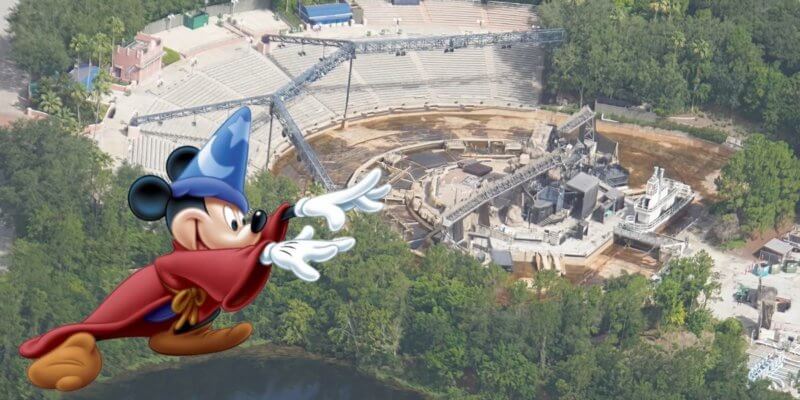 Related: Should Disney Reimagine Fantasmic! Before It Returns?

Due to the ongoing pandemic, Disney World paused fireworks and nighttime shows for safety reasons. Therefore, for the last year or so, the Fantasmic! lagoon at Disney’s Hollywood Studios has been drained as the theme park has not been able to host this show. However, as we continue to move forward, Disney World is modifying its health and safety protocols, including bringing back fireworks at Magic Kingdom and EPCOT.

This gave many fans hope that Fantasmic! may also return soon. Unfortunately, there has been no announcement for the return of fireworks or nighttime spectaculars at Disney’s Hollywood Studios, and new aerial photos show this may not happen for some time.

Bioreconstruct (@bioreconstruct) took to Twitter to share an updated look at the Fantasmic! lagoon from high in the sky. Not long ago, we shared photos that showed Fantasmic!’s lagoon collecting rain water, however, now new photos show the lagoon is once again completely drained. Per bioreconstruct:

Aerial look at the Fantasmic stadium.

On the right hand side of the photo, you can also see the iconic ferry boat, in which Disney characters come out on at the end of Fantasmic!, docked.

At this time, Disney has not announced a reopening for Fantasmic!, but Inside the Magic will update you as we get information.