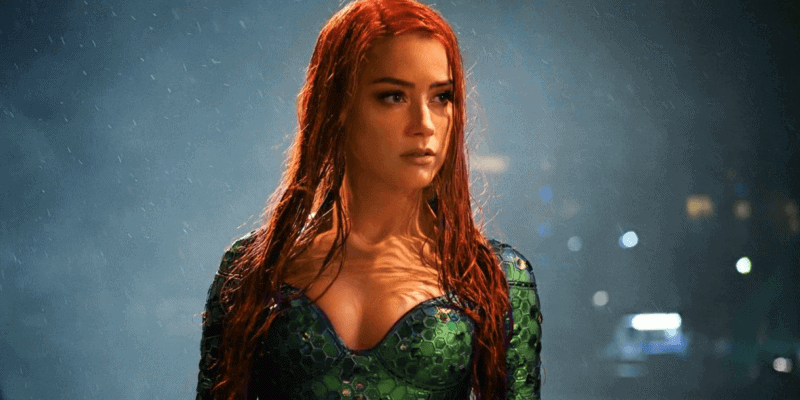 When Amber Heard herself confirmed she would reprise her role as Mera in the DC Expanded Universe Aquaman sequel, officially titled Aquaman and the Lost Kingdom, Johnny Depp fans were up in arms. Some of the Depp faithful even began boycotting Warner Bros. following their decision to re-hire Heard.

The actress has been embroiled in a bitter legal battle with ex-husband Depp, who was fired by Warner Bros. amid Heard’s allegations of domestic abuse. Many fans who have been following the ongoing $50 million civil trial, however, believe that Heard bears the brunt of the blame for the former couple’s problems.

Now, it seems that, although Heard did manage to hang onto her part in Aquaman 2, she may barely appear onscreen. A new report notes:

[It is rumored that] Amber Heard has less than ten minutes of screen time. While she’s still in the film, it seems the reduced screen time is still a direct result of everyone’s negativity towards her.

Heard’s official screen time in the 2023 film remains unconfirmed, but it does seem likely that Warner Bros. and DC Comics will want to minimize her appearance in the project due to the highly divisive nature of the legal drama.

British Judge Andrew Nicol presided over the original proceedings, and Depp later lost his right to appeal the original ruling in the United Kingdom. The Jack Sparrow actor, for his part, has denied the domestic abuse allegations, with even his ex-partners, Vanessa Paradis and Winona Ryder, speaking out in his defense at various points in time.

At this time, as previously noted, the former couple is appearing in court in relation to their $50 million U.S. civil lawsuit.

Are you glad Amber Heard is rumored to barely be in Aquaman 2?