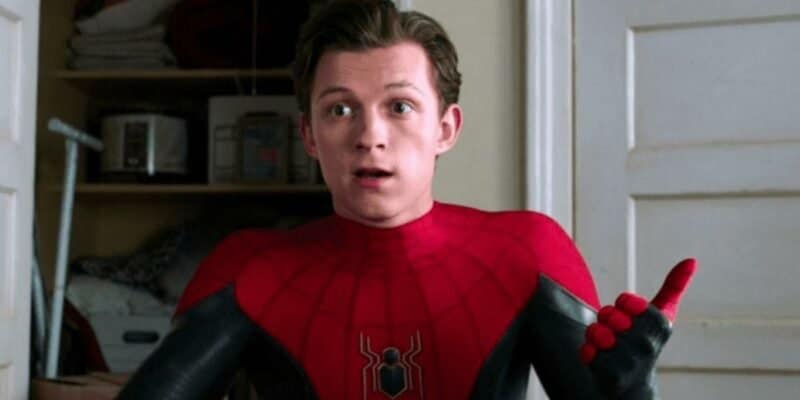 Every Marvel fan is on edge with Spider-Man: No Way Home press conferences in full swing. Spoilers appear on the internet left and right, but a recent leak of the Marvel movie’s entire soundtrack seemingly confirms what every fan is hoping for.

Spider-Man: No Way Home (2021) is two weeks out from debuting in theaters, reportedly finishing up the final VFX shots in the Multiverse adventure movie. Marvel Studios is doing everything in their power to keep most of this Marvel movie a secret, but more plot leaks seem to spill onto social media every day.

Overnight, the ENTIRE No Way Home soundtrack somehow leaked onto the internet:

The soundtrack to no way home has leaked. Only heard track 1 & 18 so far and there banger’s

The soundtrack to no way home has leaked

For legal purposes, there are no links here to listen to the soundtrack (but you can easily find it on Twitter). Nonetheless, it seems that the news is spreading fast, with many fans highlighting track 19 in particular.

At the time of writing, there is a shared Google Drive virtually traveling worldwide with thousands of Spider-Man fans listening to the OST of No Way Home.

Sony Pictures are quickly taking down the shared document, but the massive Marvel leak is stirring quite the craze on social media:

It appears that the infamous nineteenth soundtrack is self-sustaining, with many already downloading their copies and sharing them in place of deleted versions:

With only two weeks to go, it’s apparent that no one can wait for Spider-Man: No Way Home to hit theaters. Let’s hope people that see the movie early can keep some good secrets!

Previous “Spider-Men” Tobey Maguire and Andrew Garfield are reportedly appearing in No Way Home. Seeing the two characters join the Marvel Cinematic Universe on the big screen will have a more significant impact on the Marvel Universe than Captain America: Civil War (2016), Avengers: Infinity War (2018), and Avengers: Endgame (2019).

What do you expect to see in No Way Home? Let us know in the comments below!