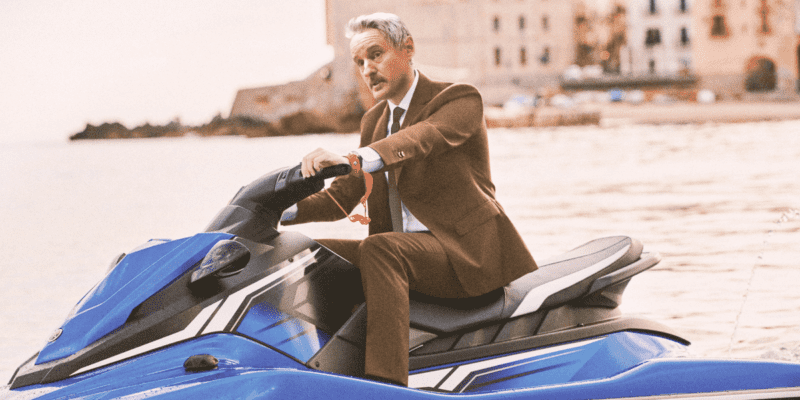 Ever since Walt Disney World Resort’s Disney’s Animal Kingdom Park debuted its new daytime show, Disney KiteTails, on October 1, 2021, there have been issues.

From the Baloo balloon getting stuck in a tree to the general lackluster reception to the entire performance, suffice it to say that KiteTails’ first week could have gone better.

Related: Disney Enchantment vs. Happily Ever After – Which Has More Fireworks?

Now, however, some fans are making lemonade, so to speak, and “fixing” the show in an unexpected way — with Owen Wilson’s popular Marvel Cinematic Universe character, TVA Agent Mobius M. Mobius.

Throughout the first season of the MCU’s Loki, Mobius’s love of jetskis was a running storyline — although the character didn’t get a chance to ride his own watercraft in Loki Season 1, Season 2 is coming, so perhaps Marvel fans will eventually get the chance to see the Sacred Timeline version of the Time Variance Authority Agent fulfill his dream.

And, frankly, what wouldn’t you give to see Tom Hiddleston’s Loki join Mobius in a daring jetski escape from Kang (Jonathan Majors)?

You know who would love Disney KiteTails? Mobius

You know who would love Disney KiteTails? Mobius 🙏 pic.twitter.com/ekn8qeav7k

DragonCobra Gaming is holding out hope that Mobius will finally get his chance to shine on a jetski in the second season of the popular MCU series:

In 2nd season they will show mobius riding on jetski

In 2nd season they will show mobius riding on jetski

Other commenters, like John T, found the KiteTails reference hilarious:

Even before KiteTails officially debuted, some Disney Parks and Marvel fans thought that Mobius should be involved in the show. In July, Chris Files Unearthed wrote:

KiteTails at Disney’s Animal Kingdom should be Loki’s Mobius riding the jet skis.

KiteTails at Disney's Animal Kingdom should be Loki's Mobius riding the jet skis.

Although Guests can meet Loki at one Disney theme park — he is often around at Disney California Adventure Park’s Avengers Campus area — it seems likely that the next place Mobius will show up is back in the Marvel Multiverse.

There are numerous reports that comic Wilson will be reprising his role in Doctor Strange In the Multiverse of Madness (2022) alongside MCU standbys Benedict Cumberbatch (Doctor Strange) and Elizabeth Olsen (Wanda Maximoff/Scarlet Witch).

You can catch up on the adventures of Loki, Mobius, and Sophia di Martino’s Lady Loki on Disney+. The official description of the series reads:

The official description of KiteTails reads:

Do you think KiteTails could be improved with a Mobius cameo?