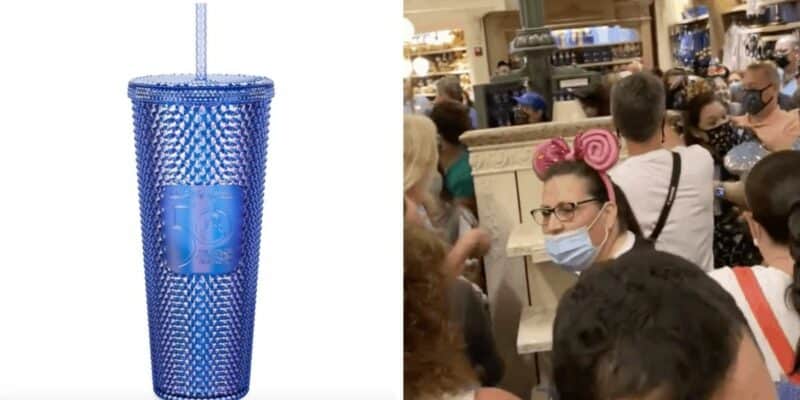 On October 1, 2021, Guests rushed to Magic Kingdom in an attempt to purchase limited-edition merchandise. Due to the high demand of select items, Guests were seen arguing and lashing out inside the Emporium over items such as drink cups and tumblers. This resulted in angry shouts being heard across the store, the snatching of cups, and broken shelves.

Now, that famous 50th tumbler that caused so many altercations is available online at shopDisney.

Drink-in happy memories of the first 50 years of Walt Disney World with this commemorative tumbler and straw. The dynamic allover raised geometric design includes the logo for ”The World’s Most Magical Celebration.”

Magic in the details

If you want to purchase this 50th anniversary tumbler on shopDisney, click here.

Additionally, the full 50th anniversary collection on shopDisney can be found here.

Select merchandise is also still available inside the theme parks. Be sure to check with a nearby Cast Member for exact information.

Do you love the 50th anniversary tumbler? Will you be purchasing one? Let us know in the comments below.