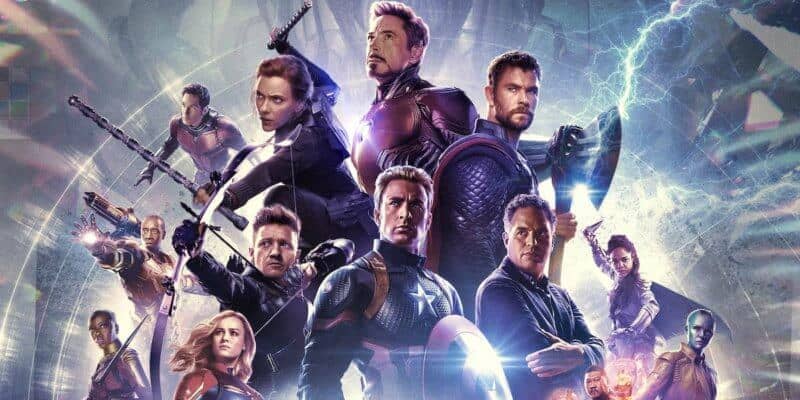 Comic books are popular. There’s a gaming stream. The two hit Disney+ television shows — WandaVision and The Falcon and the Winter Soldier — are being dissected and discussed worldwide. Oh, not to mention Kevin Feige’s Marvel Cinematic Universe — the entertainment empire that redesigned the superhero genre and created the most prolific blockbuster crossover event spanning over a decade.

From its humble beginnings with the release of director Jon Favreau’s Iron Man (2008), starring Robert Downey Jr., to the ground-breaking original streaming show, WandaVision, the MCU has gone to be one of the world’s leading franchises.

Despite these larger conversations, and while it’s easy to get wrapped up in each new installment of the mammoth MCU — with new announcements released almost weekly — it’s often fun to take a step back and review what’s already happened, hunt for Easter eggs, and maybe stumble across some hidden gems, confusing plot points, or things that just simply don’t add up.

Or, some fans even look for the nuggets of information that suggest some of our reality exists within the fictional realms of their superhero universe.

5 Real-Life Things That Exist in the MCU

1. Seeing double (AKA the OTHER Sebastian Stan)

Sebastian Stan apparently exists in the MCU. And no, not as Bucky Barnes. In Avengers: Endgame (2019) when Paul Rudd’s Scott Lang suggests the time-travel theory in order to reverse Thanos’ (Josh Brolin) snap, the character mentions the 2010 movie Hot Tub Time Machine which stars Chevy Chase, John Cusack, and yes, the White Wolf himself, Sebastian Stan. I guess the Multiverse was hiding in plain sight all along!

2. Famous monsters are in the MCU canon

The MonsterVerse — the universe that houses the popular titans, Godzilla and King Kong — is referenced in the third episode of The Falcon and the Winter Soldier “Power Broker”. While traveling to Madripoor with Zemo, Anthony Mackie’s Sam Wilson asks — “What’s up with Madripoor? You talk about it like it’s Skull Island.”

Now, many pop culture fans will be aware that Skull Island is a huge part of the Kong franchise having appeared way back in 1933 and more recently in Adam Wingard’s global blockbuster hit, Godzilla vs. Kong (2021).

Let’s hope Leonardo DiCaprio (Titanic, The Great Gatsby) never lands a role in the MCU because some of the cast already knows who he is. In Peyton Reed’s Ant-Man (2015), Scott Lang converses with fan-favorite character Luis (Michael Peña) while breaking into Hank Pym’s vault. When Lang asks Luis if he remembers “what the iceberg did?” after discovering Pym’s vault is made out of the same metal as the Titanic, Luis responds — “Yeah man, it killed DiCaprio!” Some Marvel movies play around with metaphysical humor — remember Deadpool (2016)? — but it would be interesting to see DiCaprio join the superhero squad even though he is confirmed as a real-life person in the MCU.

From AC/DC in Spider-Man: Far From Home (2019) to The Cure in Ant-Man, music is an integral part of Marvel’s movies. The (almost) rebranding of Chris Hemsworth’s Thor in Taika Waititi’s Thor: Ragnarok (2017) was supported by iconic sequences featuring Led Zeppelin’s “The Immigrant Song”.

But, aside from rock bands, there’s another singing legend in the MCU — Grammy award winner, Beyoncé. In Doctor Strange (2016) when Benedict Wong’s character introduces himself as “just Wong”, Stephen Strange (Benedict Cumberbatch) then goes onto to call the character a series of other famous one-name celebrities, like Adele and Beyoncé. Later on, Wong is seen listening to the classic anthem, “Single Ladies (Put a Ring on It)”.

It’s very clear that politics plays a huge role in the MCU. Captain America: The Winter Soldier (2014) gave a clue as to which world leaders live in Marvel’s superhero universe. On a bookshelf seen in the second installment in the Chris Evans movie series, viewers can see a copy of both George W. Bush’s and Barack Obama’s books. This is interesting in how it acknowledges Obama as a real person and yet in Iron Man 3 (2012), it is Matthew Ellis (William Sadler) that is the current sitting President, suggesting that if Obama had been the Commander-In-Chief, he wasn’t reelected for a second term.

What’s next for the Marvel Cinematic Universe?

Following the conclusion of Malcolm Spellman’s, The Falcon and the Winter Soldier, the MCU will next see everyone’s favorite anti-hero, Loki (Tom Hiddleston) take charge in his own self-titled Disney+ show, shortly followed by Scarlett Johansson’s Black Widow (finally!). The back end of the year will reveal Chloé Zhao’s blockbuster event Eternals, as well as Shang-Chi and the Legend of the Ten Rings and Spider-Man: No Way Home.

What is your favorite real-life reference in the MCU?

Comments Off on Godzilla and ANOTHER Sebastian Stan? Real-Life Things in the MCU