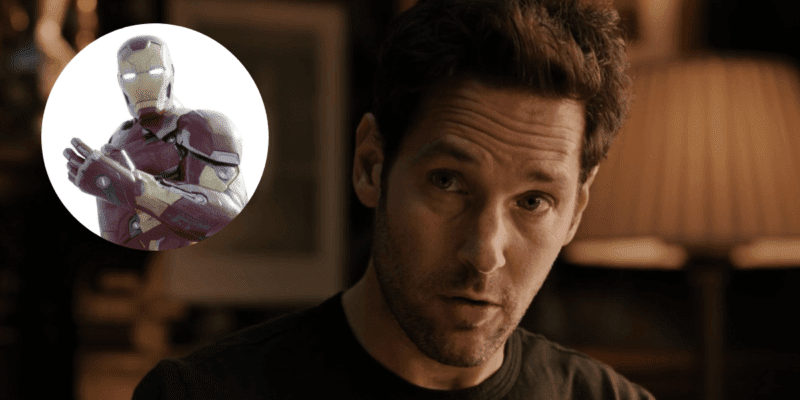 It’s been a while since we saw Scott Lang/Ant-Man (Paul Rudd) pop back out of The Quantum Realm in Avengers: Endgame (2019) and enlist the Avengers in his plot to go back in time to stop Thanos (Josh Brolin) from ever causing the Blip — which also gave fans their first glimpse at the multiverse. Years since Mark Ruffalo’s Bruce Banner/Hulk brought everyone back and Steve Rogers/Captain America (Chris Evans) spoke the words “Avengers assemble”. Two years since “Love you 3000” became emblazoned across the globe after Tony Stark/Iron Man (Robert Downey Jr.) sacrificed his life to get rid of Thanos for good.

Time has certainly flown by in both real time and in the Marvel Cinematic Universe. With the beginnings of Phase Four debuting on the small screen, it feels like we haven’t seen some of our favorite Avengers for an awfully long time. We can however expect to see Natasha Romanoff/Black Widow (Scarlett Johansson) in her origin MCU movie, Black Widow, this summer…finally! And it will be back to New York in Spider-Man: No Way Home in December starring Tom Holland and Zendaya.

With fans being so starved for Marvel content it is great to see Easter eggs such as this one! In a post from Mark Ruffalo — AKA the big green one of the MCU — we got a look at the Ant-Man actor Paul Rudd, doing his best Iron-Man impression.

Ruffalo shared the “Happy Birthday” post with his followers. He captioned the behind-the-scenes photo by saying:

Happy birthday, Paul Rudd! Did I find the secret behind your eternal youth?

In the photo, we can Rudd with the iconic Nano Gauntlet – Iron Man’s way to harness the six Infinity Stones – while brandishing his trademark smile. While this backstage photo could be a sneak-peek at a potential Ant-Man sacrifice twist in Avengers: Endgame, it was more likely a cheeky off-the-cuff moment from the Marvel actor. Ruffalo’s caption is also a likely nod to Rudd always seeming to have maintained a youthful appearance despite his age.

Anyway, we should all thank Mark Ruffalo for bringing Paul Rudd back into our lives as a gentle reminder that Ant-Man did survive the Infinity War and we can expect to see him again soon in Ant-Man and the Wasp: Quantumania — although this isn’t expected until 2023.

More on the next Ant-Man movie

Ant-Man and the Wasp: Quantumania was announced during The Walt Disney Company’s 2020 Investor Day presentation where Marvel Studios president, Kevin Feige announced a slew of upcoming Marvel projects alongside other Disney-owned studios like Lucasfilm. The official cast and creative announcement read:

Are you excited to see Ant-Man and the Wasp again?