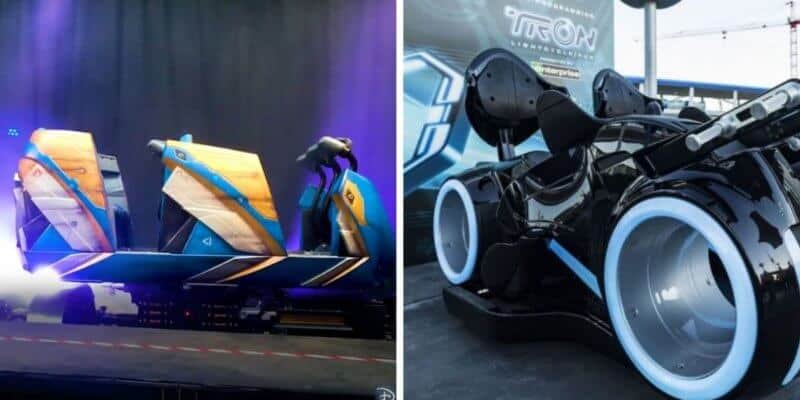 Walt Disney World has several projects in the works that Guests cannot wait to experience. However, due to the pandemic, a number of these have either been delayed due to construction or put on hold indefinitely.

Some of the projects that Disney World has confirmed they are still working on include Guardians of the Galaxy: Cosmic Rewind, Remy’s Ratatouille Adventure, HarmonioUS, TRON Lightcycle / Run, and the Star Wars: Galactic Starcruiser hotel.

With that being said, fans have been anxiously waiting for opening dates surrounding these projects, especially for Remy’s Ratatouille Adventure and HarmonioUS as those have been confirmed to debut sometime in 2021.

Well, the Walt Disney Company’s CEO, Bob Chapek, discussed some of the immersive and innovative projects in the works at the Disney Parks during the Shareholder’s meeting on March 9. When discussing the upcoming EPCOT projects, Chapek said:

At our Parks and Resorts, we are moving forward with a number of projects that push the boundaries of innovation, storytelling, and the overall Guest experience. At Walt Disney World, preparations are well underway for the 50th anniversary celebration. And as part of the reimagining of EPCOT, we are hard at work on two brand new attractions, the highly anticipated Marvel themed roller coaster, Guardians of the Galaxy: Cosmic Rewind, and Remy’s Ratatouille Aventure, which I am pleased to announce will open to Guests on October 1, in the France Pavilion.

Though Chapek mentioned the highly anticipated Marvel-themed roller coaster, Guardians of the Galaxy: Cosmic Rewind, he used that to segue into the announcement of an opening date for Remy’s Ratatouille Adventure.

Additionally, Chapek then began to discuss HarmonioUS as well as the Star Wars: Galactic Starcruiser, but again, really did not give any details surrounding these projects:

As you may have seen, work is also underway on the all-new spectacular nighttime show HarmonioUS, and I am especially excited about the upcoming new Star Wars: Galactic Starcruiser hotel. It is truly unlike anything anyone has done before.

Chapek recently shared a very similar quote about the Starcruiser on another call, again providing no additional information about when Guests can expect it to open.

We also want to make mention that on this recent Shareholder’s call, Chapek did not make any mention of TRON Lightcycle / Run, which is a highly anticipated attraction currently under construction at Magic Kingdom.

Therefore, at this time the only project we received additional details on was Remy’s Ratatouille Adventure and the France expansion. Inside the Magic will keep you updated as we get information surrounding other projects in the works at Disney World.

The brand new Guardians of the Galaxy: Cosmic Rewind will begin in the “Galaxarium,” which is a planetarium-like exhibit that will explore similar aspects of Earth’s galaxy and Xandar. Guests will join Star-Lord, Gamora, Drax, Rocket Raccoon, and of course, Groot as they go on an out-of-this-world adventure.

Recently, Disney Parks Blog shared a video (above) of the attraction being tested with the following information:

Work also continues on Guardians of the Galaxy: Cosmic Rewind – the family-friendly “storytelling coaster” featuring a groundbreaking ride system with vehicles that rotate 360 degrees and can even do a reverse launch!

At D23 Expo in 2019, Bob Chapek announced a brand new show coming to EPCOT called HarmonioUS, which will replace the extremely popular Illuminations. During the Expo, Chapek stated it would be the “largest nighttime spectacular in Disney history.”

At this time, Disney has not confirmed when HarmonioUS will debut, but we do know they have been testing the new barges and testing fireworks after park hours.

At this time, we do not know exactly what story Guests will experience while at the Galactic Starcruiser, but we do suspect certain characters from the Star Wars universe, such as Chewbacca, will make an appearance thanks to the concept art.

If you want to visit Walt Disney World in the near future, be sure to start planning today!

Which Walt Disney World project are you most excited for? Let us know in the comments below.