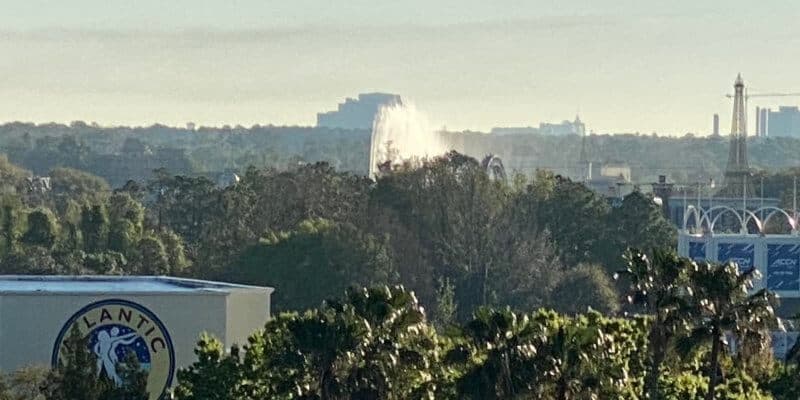 During the pandemic, if there is one major thing the Walt Disney World Resort has been missing, it’s been nighttime spectaculars. There is nothing better than finishing your day at Magic Kingdom and hanging out on Main Street U.S.A. to watch Happily Ever After light-up Cinderella Castle, or heading to Fantasmic! after a Star Wars-filled day at Disney’s Hollywood Studios.

EPCOT has had some great nighttime shows as well. From the long-lasting Illuminations to the short-lived EPCOT Forever, fans used to love finding a spot around the World Showcase and watch EPCOT come to life at night.

Now, as we wait for the return of nighttime performances, EPCOT’s return is extra special because it comes with a new show, HarmonioUS.

Set to be the most spectacular nighttime show Disney has ever created, HarmonioUS will be debuting this year, though we do not have a specific date for the show yet. That being said, the show is progressing very nicely in terms of construction with many of the barges in place in the World Showcase lagoon. The show will not only use fireworks and lighting effects, but water as well (which makes perfect sense due to the location), and it seems that EPCOT was getting some early morning testing in before the park opened.

Brooke Geiger McDonald (@BrookeGMcDonald) took to Twitter to post a series of videos and photos of the fountains going off. Considering how much zoom had to be taken, it is clear Brooke was quite far removed, and yet, the water testing is still very visible. The height displayed seems to be only a tease of what is to come in terms of a grand spectacle.

Here, we can see that the water is not stagnant, but can change direction.

The spray has changed direction. pic.twitter.com/sh5OP40Ixu

And lastly, here are some great shots of the height that the fountain is climbing to during testing.

And some photos of the Harmonious barge fountain testing. #EPCOT

And some photos of the Harmonious barge fountain testing. #EPCOT pic.twitter.com/XSX1CaRKvB

As the 50th anniversary of Walt Disney World draws near, we hope that the debut of HarmonioUS is only a few months away. Inside the Magic will keep you updated as we get information surrounding the upcoming nighttime spectacular.

In case you aren’t familiar, HarmonioUS has been described by Disney as:

“Harmonious” is one of the largest nighttime spectaculars ever created for a Disney Park. The show is a beautifully crafted dreamscape of Disney music and images, reimagined by diverse cultural musicians and artists from around the world. It’s a transformative experience, where we can discover how Disney music has the power to inspire and unite us all with the magic of possibility.

For now, we will patiently wait for HarmonioUS to debut!

Related: A Complete Guide to 2021 EPCOT Flower and Garden Festival

Aside from HarmonioUS, EPCOT is going through major changes with Remy’s Ratatouille Adventure finding a home in the France pavilion. Guardians of the Galaxy: Cosmic Rewind is making progress in Future World (along with the rest of the section!). Walt Disney Imagineering announced that Spaceship Earth is installing a new lighting package that will be permanent including a wrap-around lighting ribbon at the front of the park, brand-new flags, and what seems to be a sparkling Spaceship Earth. And at the moment, Taste of EPCOT’s International Flower and Garden Festival is running for Guests to enjoy.

When do you think HarmonioUS will debut?

If you want to be at the 50th Anniversary Celebrations, you need to get booking today to ensure you arrive on time in Orlando! You can visit Magic Kingdom, Animal Kingdom, Disney’s Hollywood Studios, and EPCOT to celebrate with Mickey Mouse and Minnie Mouse in Orlando. Disney Park Pass reservations are selling fast, so click here to get started!

Comments Off on Watch The ‘HarmonioUS’ Fountain Begin Testing at EPCOT