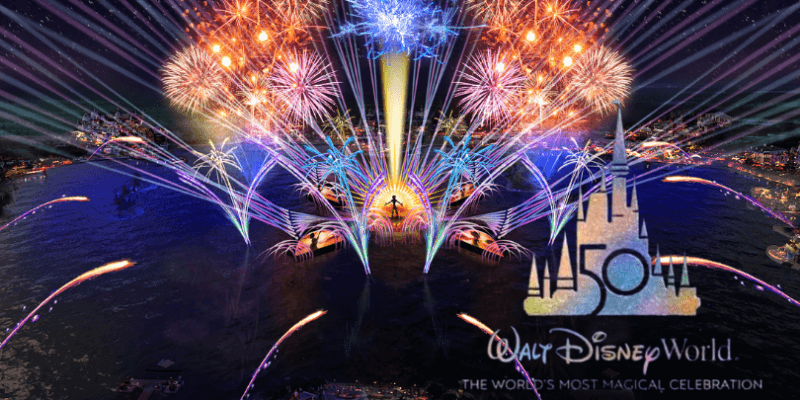 As the Walt Disney World 50th anniversary celebration approaches, there are so many new experiences to look forward to in the Florida Disney theme parks. From attractions to possible nighttime spectaculars, Disney will kick off the 50th anniversary celebration beginning on October 1, 2021. The celebration will span for 18 months after this date, even running into 2023. With all the excitement, any Disney fan would love to attend this celebration. As the 50th approaches, so does the debut of the new nighttime spectacular, HarmonioUS. This nighttime show will be at Disney’s EPCOT theme park, replacing the classic Illuminations: Reflections of Earth and filling the space of the temporary EPCOT: Forever show. But, when exactly will this new spectacular debut at this innovative Disney Park?

As COVID-19 vaccine progress continues, Disney Parks are slowly bringing back entertainment options. During the 2020 Christmas season, Disney surprised guests with select holiday projections to celebrate the season. While this was no Happily Ever After spectacular, even these small efforts show the anticipation of both guests and Disney executives to return to nighttime showcases.

Disney confirmed that HarmonioUS will have its official debut in 2021, but they have not announced a specific date. The show focuses on Disney music, and how music connects people around the world. At the 2019 D23 Expo, CEO Bob Chapek said that HarmonioUS would be the largest nighttime spectacular in Disney history. The show will include massive floating set pieces, moving fountains, fireworks, and more. This nighttime extravaganza will take place on EPCOT’s World Showcase Lagoon, which has already seen some changes.  Construction continues on the show’s oversized barges. In addition to this HarmonioUS barge construction, Disney unveiled new signage and fireworks testing has occurred as well, signaling consistent progress toward making this show a reality. But, when will the show officially debut? We have some ideas.

Will HarmonioUS Debut For The 50th Anniversary Celebration?

Since there is so much construction progress and general anticipation surrounding the 50th anniversary celebration, Disney may debut HarmonioUS on October 1 2021. This date would make sense for multiple reasons. First of all, this is the date that officially kicks off The Most Magical Celebration on Earth. Specifically, this date marks Magic Kingdom’s 50th birthday. Because Magic Kingdom is Walt Disney World’s first theme park, many Disney guests would love to spend October 1 at Disney World’s original park. In fact, Magic Kingdom is already fully booked for October 1, 2021 — the actual 50th anniversary date. Though Disney could potentially add more reservation spaces, Disney may not make additional reservations available until a later date (if they do at all). If HarmonioUS debuts on October 1, crowds are likely to disperse more. EPCOT would draw more people to its gates, offering an exciting debut for the Resort’s anniversary.

Will HarmonioUS Debut for EPCOT’s Birthday?

There’s another reason EPCOT may debut HarmonioUS on October 1, 2021. EPCOT will celebrate its 39th birthday on this date. Though it has not been around for 50 years, this is still an occasion worth celebrating. How often do you get to celebrate in EPCOT on its birthday, while also celebrating Walt Disney World’s 50th anniversary? Only once in a lifetime! EPCOT will be reimagined slowly over the next couple years, with a new iconic look for Spaceship Earth and EPCOT neighborhoods debuting soon. HarmonioUS is a great way to celebrate a new era of EPCOT and — if it debuts for the 50th — a great way to celebrate 50 years of magic.

Walt Disney’s original vision for Walt Disney World absolutely included Magic Kingdom, where Cinderella Castle will be getting more dazzling embellishments to mark 50 years of magic. However, Walt also dreamed of an Experimental Prototype Community of Tomorrow. By visiting EPCOT on its birthday and the 50th anniversary of Walt Disney World Resort, Guests will get to celebrate the magic in a park inspired by Walt’s incredible imagination. A HarmonioUS debut would make this day even more special.

Do you think HarmonioUS will debut on the 50th Anniversary? Let us know in the comments!