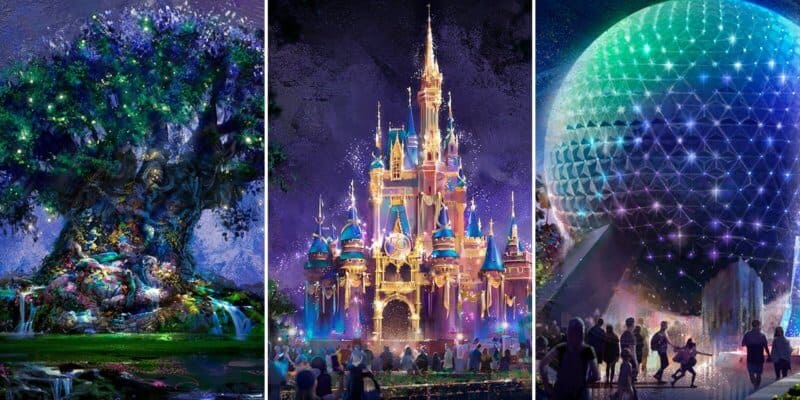 In October 2021, we are going to be celebrating the 50th anniversary, and we should all know by now that Disney doesn’t take milestones like this lightly. That is exactly why Disney World is bringing a party to all of its Disney theme parks later this year — making this Walt Disney World’s biggest celebration yet!

Known as “The World’s Most Magical Celebration,” Disney World will begin its anniversary festivities on October 1, 2021 to commemorate exactly 50 years since Magic Kingdom first opened its gates in 1971. However, this celebration isn’t just going to last one day, a few months, or even one full year — it’s going to be going on for a total of 18 months!

So with that being said, this is one of Disney’s longest-running celebrations ever (if not the longest), which may surprise some people. However, the 60th anniversary celebrations at Disneyland Resort lasted a long time, as well! Given past precedent and what the future holds, we think that the 18-month-long celebrations at Walt Disney World are a great thing — here’s why.

The Pandemic and Travel

It’s really a simple answer — amid the ongoing COVID-19 pandemic, though the United States is working hard to get as many people vaccinated as possible, many, many people are still hesitant to travel in 2021 and are pushing off their trips — including Disney World vacations — to 2022.

With the 50th anniversary celebrations lasting 18 months, that means it will be running into early 2023, giving people plenty of time to visit Walt Disney World to celebrate this milestone inside the theme parks. The festivities will start in late 2021, last the entirety of 2022, and end a few months into the following year. So no matter how you feel about traveling in 2021, you will still have the opportunity to experience everything Walt Disney World has to offer for the 50th anniversary, even if you want to book a trip for one to two years from now.

Pandemic Restrictions During the 50th Anniversary

We also know that CEO Bob Chapek expressed that he expects face masks and social distancing to be in place through 2021; however, he believes that six-foot social distancing and mask-wearing in 2022 will not be the same as it is today, depending on the state of the world next year and the distribution of COVID-19 vaccines.

This means that if we continue to move forward in a positive direction with this pandemic, Guests may not be required to wear masks in 2022 — while the 50th anniversary celebrations are still happening! We also know that this year, Disney World plans to debut all-new additions to the theme parks, including the HarmonioUS nighttime spectacular at EPCOT.

Therefore, as we move forward and COVID-19 becomes less widespread, we will see some new and returning favorites at the Disney Parks, meaning that the current pandemic-era restrictions are not expected to last through the entirety of the 50th anniversary celebrations, which run through early 2023.

Are you excited about the 50th Anniversary at Walt Disney World lasting 18 months? Do you plan on visiting? Let us know in the comments below.