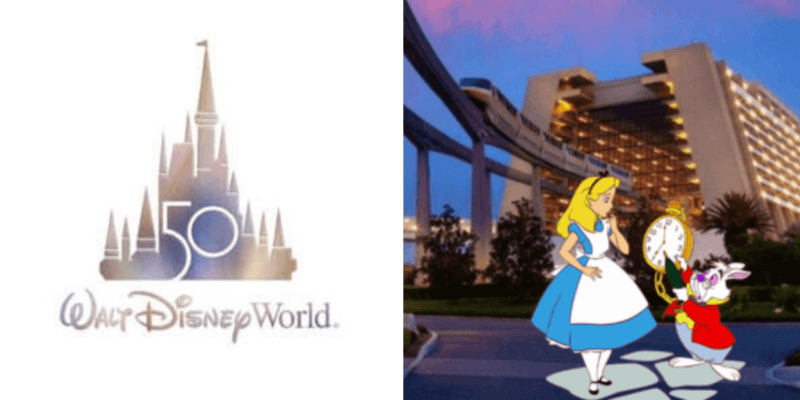 Disney fans are already thinking ahead to Walt Disney World’s 50th Anniversary, even though they have no idea what kind of celebration will be in store for them.

Disney Park Pass reservations for October 1, 2021, are being claimed, and Disney Resort hotel reservations are being made. No matter how much of the pre-pandemic plans for the 50th anniversary come to fruition by the time next October rolls around, Disney die-hards will be on hand to wish the Most Magical Place on Earth the most magical 50th anniversary. And you can be there, too!

Back in mid-October, we at Inside the Magic learned that the Walt Disney World Resort had finally allowed its would-be Guests to make Resort Hotel reservations beyond September 2021, and many of us jumped to claim our spot in our favorite Disney hotel for the special day.

But do not be discouraged. There is still time for you to begin planning and scheduling your trip and reserving your spot in the Magic Kingdom on October 1, 2021.

EPCOT’s anniversary is also on October 1, and Disney officials have already confirmed that this will be a Walt Disney World anniversary celebration with all four theme parks taking part. So even if it comes down to the day and you find yourself without a pass to the Magic Kingdom, there will likely still be plenty of celebrating to be had at EPCOT, Disney’s Hollywood Studios, and Disney’s Animal Kingdom.

You can also avoid the stress and hassle of securing your Golden Anniversary Celebration plans by using a quality travel agent. That is why we continue to recommend our friends at Academy Travel. Backed with years of experience and award-winning customer service, Academy’s travel agents are standing by ready to help you plan your most magical Walt Disney World Resort vacation yet! Click here to get started and to receive your free, no-obligation quote today!

In other words, there is nothing stopping you from planning your trip for Walt Disney World’s 50th Anniversary Celebration next year. So what are you waiting for?