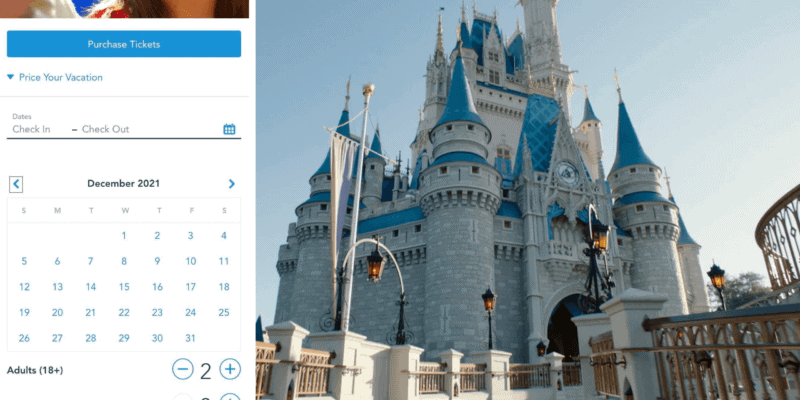 Good news everyone! We can all finally start planning our 50th Anniversary trips as Disney just unlocked reservations at Walt Disney World resorts through the end of 2021.

Up until this point, you could only grab a resort reservation through September 26th 2021 but now guests are able to book through December 31st 2021. Here’s what we are seeing in the reservation system this morning:

We’ve got no doubt that reservations on October 1st 2021 (the actual date for the 50th anniversary) will begin to fill up pretty fast both from a resort perspective and at the Disney theme parks via the Park Pass selection (particularly at the Magic Kingdom). Especially given that earlier in the week, Bob Chapek confirmed that the parks were operating at just 25% capacity, something that will likely continue so long as the world is in the situation that its currently in.

We haven’t heard a lot of detail just yet on what to expect from the 50th anniversary and whether we will see the opening of many of the attractions that have been under construction for quite some time. These attractions include TRON Lightcycle Power Run at the Magic Kingdom and Guardians of the Galaxy: Cosmic Rewind and Remy’s Ratatouille Adventure at EPCOT, though we’d expect all of these to open next year, especially if things to begin to return to normal at the parks. However, Disney has not yet released any official opening dates ever since construction paused due to the pandemic. Inside the Magic will keep you updated as we get information.

With the likes of Star Wars at Disney’s Hollywood Studios still drawing huge crowds thanks to Galaxy’s Edge, and Pandora – The World of Avatar at Disney’s Animal Kingdom which is still extremely popular as well, next year is going to be a huge year for the resort either way!

There’s a whole lot of other refurbishment work being completed in time for next year as well, including work on Disney’s Polynesian Village Resort which is getting a huge makeover. You’re going to want to secure your theme park tickets soon if there’s a certain date you want to grab.

If you’re looking to plan your next trip to the Walt Disney World Resort soon then be sure to chat with our friends at Academy Travel. No matter what your Disney Parks needs. the team will be able to help you to book your next magical vacation. Contact their team now for a free quote!

Will you be booking your Walt Disney World Reservation for 2021 soon? Let us know in the comments below!

Comments Off on Walt Disney World Reservations Now Available Through End of 2021 !