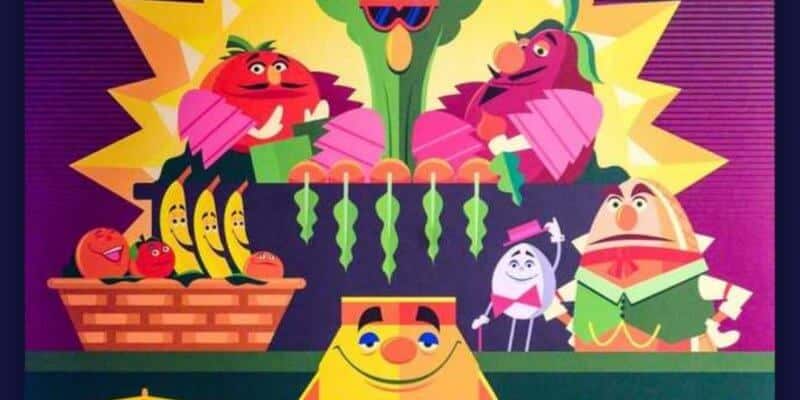 Epcot opened on October 1, 1982, 11 years to the day after Magic Kingdom opened.

For 11 long years, Disney fans of all ages from all over the country and the world were invited to Walt Disney World to meet beloved characters from Disney’s many classic movies, to fly like Peter Pan, to set out on a boat ride to every country on earth, to climb aboard the Walt Disney World Railroad and to tour an old haunted mansion, if they dared.

For 11 years, Guests at the Walt Disney World Resort returned again and again to go join Mr. Toad on a wild journey that might end up in the underworld. They’d come back to soar with Dumbo high above the circus one more time, and they’d come to see how fast they could climb to the topmost point in the Swiss Family’s makeshift treehouse. They could ride horses with Cinderella and Prince Charming. They could hop aboard a keelboat on the Rivers of America, and they could even take a break from the Florida sun and take in a show or two: one with singing and talking totem poles, flowers and birds and one with some very talented bears. It was paradise for kids and kids at heart.

And then Epcot opened.

Something about an “experimental prototype community of the future?” What the heck did that even mean? And instead of that cheerful-Mickey Mouse-Disney feel, guests were introduced to a strange new concept–one with a futuristic-outer space-educational type feel, all encompassed within a theme park characteristically put together in the 80s. Instead of riding Dumbo, Walt’s train or a steamer, Guests were invited to enjoy interactive exhibits–the kind of exhibits that were popular at the World’s Fairs, specifically the 1939 New York World’s Fair.

Guests were invited to take a journey into our imaginations with somebody named “Dreamfinder” or to take a seat during a presentation that featured dancing fruit, milk and vegetables. A farmer’s market food court? Guests could take a deeper look inside their minds at the Magic Eye Theater or visit the World of Motion and the Universe of Energy. Well, which is it–the world or the universe?

And then there was the giant 18-story-high geodesic sphere that stood at the entrance to the park. And if Guests were uneasy about going inside a giant golf ball, there were also the two Communicore attractions. What on earth was a “communicore?” Had Disney lost its mind, and how on earth could this Epcot place be a Disney theme park?

To this day, when Disney World rookies ask for advice on which theme park to skip if they only have 3 days in the parks, sadly, the answer is overwhelmingly “Epcot.” It’s unfortunate.

But for every Guest in 1982 who thought the concept of Epcot was strange and not at all  “Disney,” there were Guests who were interested, intrigued and wanted to know more. And what they discovered is that Epcot, though not all balloons and roller coasters, boasts its own charm, its own magic and its own unique place within the Walt Disney World perimeter.

In August 2019, during the D23 Expo in California, new and exciting plans were announced for Epcot. New attractions, new rides, a new take on Future World. No new country on the Showcase, darn it, but exciting new additions to the park that will serve as a sort of rebirth of Epcot. As part of the celebration of those new plans, Disney enlisted the talents of Eric Tan and Stacey Aoyama, both of whom have years of experience as designers for Disney Consumer Products. Tan and Aoyama worked tirelessly on a huge set of vibrantly colored artwork for Epcot’s attractions–those of days gone by and those for which the ground hasn’t yet been broken.

And if you thought of Epcot as the boring park, think again. This artwork tells the story of a theme park unlike any others, and it’s fascinating.

Who didn’t love the Maelstrom attraction in the Norway pavilion at Epcot? Guests boarded a Viking vessel and set out on an adventure in the North Sea. It closed and was repurposed into the new Frozen Ever After attraction, which uses the same boats and the same track as the famed Maelstrom ride. Like the Maelstrom, the Universe of Energy closed to make way for a new attraction–Guardians of the Galaxy.

Eric Tan and Stacey Aoyama created illustrations for other now-extinct Epcot attractions, such as Communicore, The Wonders of Life, Kitchen Kabaret and more.

The two designers continued their work and illustrated posters for Epcot’s current attractions. These attractions range from calm and serene, like The Seas With Nemo and Friends attraction to silly and interactive like Turtle Talk with Crush to exciting thrilling like Mission: SPACE. Which one do you think is more “Epcot-esque?” 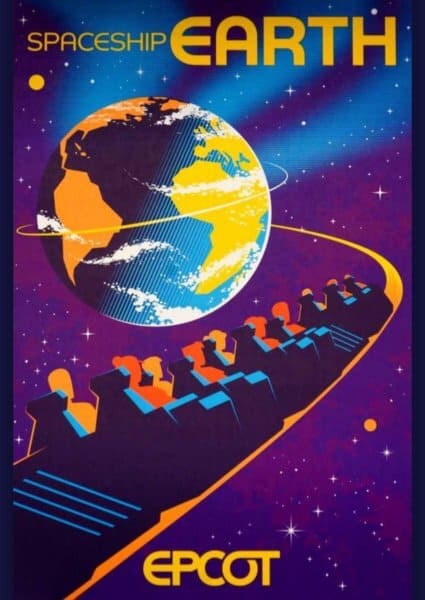 Tan and Aoyama also created themed artwork for each of the 11 countries on the World Showcase. Each piece captures the spirit, the culture and the intrigue of each country. Here are a few of them:

Attractions on the horizon

Several pieces of artwork were also created to give Guests a peek at what Epcot’s new and upcoming attractions will be like. The illustrations are just enough to keep us interested while keeping us guessing. Plans for Epcot include a Play Pavilion, featuring an Edna Mode interactive exhibit, an outer-space themed restaurant, Remy’s Ratatouille Adventure, a Guardians of the Galaxy-themed coaster attraction, a new take on Future World, a Moana-themed attraction and even a Mary Poppins attraction inside the United Kingdom pavilion.

Epcot boring? Not a chance.

What are your thoughts about Epcot? Is it your favorite or least favorite park? Let us know below in the comments.