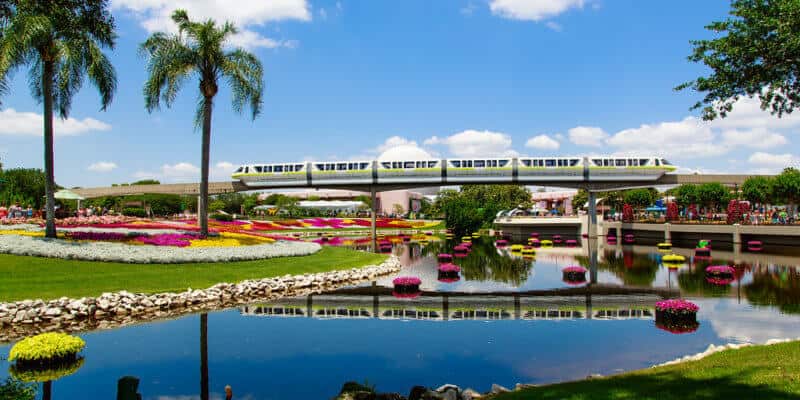 It’s perhaps the most underappreciated park at the Walt Disney World Resort. Epcot has a lot of things to offer Guests, many of which are understated or even hidden.

But it’s also quickly becoming the least attended park at Disney World, and there’s a reason (or two) for that. It’s outdated, it’s repetitious in its offerings, and during the summer, the World Showcase promenade is the hottest 1.3 miles you can walk.

At the 2019 D23 Expo, eager Disney fans awaited big news we just knew was coming about big changes in the works for Epcot. And we sure did get the news–a myriad of changes, but not the right changes for Epcot. In fact, there are so many things Disney should have done for Epcot before it ever considering the changes that we’ve been told are coming down the pike.

Disney is really dropping the ball when it comes to the resort’s second park. We were excited to hear about a reboot of Epcot, but so much of what we hoped to hear at the D23 Expo last month just didn’t make the list. And it’s frustrating! There are at least 5 things that Disney should have thought of first, before the additions, changes and closures that are apparently already in the works.

Fans should have started another campaign in the Twittersphere years ago. Those of us who experienced EPCOT pre-1998 remember a simpler time, a better time—a time at EPCOT that included Dreamfinder, Figment’s first friend. The “Journey Into Imagination” attraction of yesteryear was wholly different than the one today. Pre-1998 Epcot included Deamfinder in the attraction–the red-headed, top hat-wearing conductor of a fantastical dream machine. He was jolly. He was friendly. He was intelligent.

And if Disney World won’t bring back Dreamfinder, at least do something about Dr. Nigel Channing. Many of Dreamfinder’s fans are more than prepared to pen a letter to the good doctor, conveying our gratitude for his service in the attraction over the years, but also informing him that we no longer need his services because we miss our Dreamfinder and we want him back now. #BringBackDreamfinderNow. What do you think?

Where in the (Disney) World is our 12th country??

This is one of the most frequently asked questions among Disney World fans who wish Epcot would address the obvious. We haven’t had a new country added to the World Showcase since 1988, when the Norway pavilion first opened. 1988. Yep, 31 years and counting. There’s room. We know about several available spaces like the one between Mexico and Norway and the huge one between China and Germany. There are at least 4 other spaces that could easily house a new country, and that’s if we leave the spaces on either side of the American Adventure.

When Epcot opened in 1982, Guests could get a book called “EPCOT Center: A Pictorial Souvenir,” which included the logos from, and general descriptions of, three soon-to-be-completed pavilions–one for Israel, one for Spain and one for Equatorial Africa. Whatever happened to them?

The point is simple: before adding a new attraction (i.e., Mary Poppins in Great Britain, Journey of Water inspired by “Moana”), Disney should have gone back to the drawing board and picked out at least two more countries for the World Showcase. There’s more than enough room along the promenade, and someone should dust off the blueprints for a couple of these countries and take strides to add to the Showcase. Seriously.

Before Disney makes any further plans about Epcot’s World Showcase, perhaps plans should be made to make the Showcase more of a joy to experience. While the World Showcase hosts the pavilions of 11 of the world’s most fascinating countries, being a world traveler at Epcot between May and September can be grueling because of the heat. Even April and October can be uncomfortably warm, and shade is scarce along much of the World Showcase promenade. Walking around World Showcase Lagoon for an extended period of time with no shade makes for some very uncomfortable Guests–some who end up in the back of a Reedy Creek ambulance with heat exhaustion.

The promenade needs more shade trees, more areas covered by large umbrellas, and it could really use a few more spots where Guests can stop, have a seat and rest before continuing their world traveling adventures.

There are dozens of ideas Disney could have gone with that would have made more sense than a new attraction in the Great Britain pavilion inspired by “Mary Poppins.” We’ve got nothing but love for Julie Andrews, Dick Van Dyke and the Banks family, but Disney really should have developed an attraction based on something more recent–a Disney film that would reach more than just the Disney fans of yesteryear. Pick any of Disney’s or Pixar’s films from the 21st century: “Inside Out,” “WALL-E,” “UP,” “Around the World in 80 Days,” etc. “Atlantis: The Lost Empire” could have easily inspired a new attraction–in a new country on the World Showcase. A “WALL-E”-inspired attraction would have worked nicely somewhere near the front of the park around Spaceship Earth.

And if it has to be “Mary Poppins,” the least Disney could do is be sure there’s something in the attraction that involves chimney sweeps and “Stepping Time.”

When Epcot opened in 1982, it offered an attraction that wasn’t listed on park maps and brochures as an attraction. Yes, once upon a time, Guests could choose to explore the World Showcase on foot around the promenade or they could hop on a double-decker bus. These buses transported Guests around the Showcase–albeit at a snail’s pace. The buses had the right-of-way along the promenade so Guests needed to hold on to their kids. You could hear the sounds of old-fashioned klaxon horns as the two-story buses made their way around to the different pavilions.

We’re not sure why the service was discontinued, but it would really behoove the Guests at Epcot if Disney would incorporate some form of transportation around the World Showcase Lagoon. We realize it’s only 1.3 miles around the loop, but transportation could make the pavilions and their shops and restaurants more accessible to Guests.

No double-decker buses, thank you. Instead, (. The track could meander throughout the World Showcase, and because it would have its own track, there wouldn’t be issues to overcome with traffic.

Any one of these things would have been a better choice to have in place before implementing the changes unveiled at the D23 Expo this year. It’s not that the proposed changes are bad, but Disney has dropped the ball with Epcot in not planning at least a few of these items before moving forward with further changes. Let’s grant some of the longtime fans’ wishes for Epcot first.

What do you think? Have you wished for any of these things for Epcot? Or are you pleased with the total overhaul coming to the park? Let us know in the comments below.