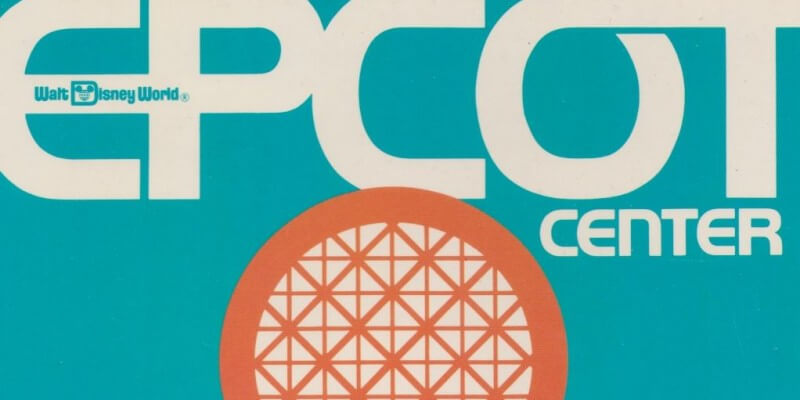 Of the four major theme parks at the Walt Disney Resort in Central Florida, it could be argued that EPCOT has seen the biggest amount of changes since its opening. EPCOT – Experimental Prototype Community of Tomorrow has transformed from a museum quality showcase of technology and world harmony to a watered-down shell of its original vision to become a more character-driven theme Park. When the Park opened in 1982, its focus was not on Disney properties and characters but rather a more cerebral educational-driven experience.

Many attractions and restaurants have gone away, and even more have evolved (or devolved depending on the Guest’s preference). For example, the sprawling Odyssey restaurant is shuttered except for when space is used for special events. Other changes or “updates” include removing Ice Station Cool (and the opportunity to play in the snow) from the Coca-Cola store in Future World to the more recent overhaul of Norway’s Maelstrom into yet another Frozen-themed attraction. One lost memory that stands out to me was the opportunity to video conference, via the World Key system, with Guest services to make reservations or use the same kiosk to learn about the Park interactively.

For another trip down memory lane, listed below are the Favorite 5 Attractions we miss the most from EPCOT Center.

5. Original Journey into Imagination
This version, featuring Professor Dreamfinder and the introduction of Figment, is a much more delightful version than what’s currently installed. Unfortunately, the creative area and the Magic Journeys 3D film that ran before the ride were also missed.

4. Body Wars
This sister ride to Star Tours (same ride system) was the feature attraction at EPCOT’s Wonders of Life pavilion. The short-lived addition to Future World opened in 1989 and closed in 2007.  Body Wars brought Guests inside the human body –via miniaturization – and on a bumpy rescue mission.

3. Kitchen Cabaret
A delightful and fun-filled musical performance that was part of the Land Pavilion in Future World.  Hosted by Bonnie Appetite, this healthy eating driven comedy ran from 1982 to 1994 when it was replaced by Food Rocks.

2. World of Motion
Sponsored by GM (though ever so slightly resembling the Disney-built Ford Motors attraction from the 1964 World’s Fair), this whimsical attraction featured dozens of delightfully designed vignettes showcasing the evolution of transportation. Unfortunately, the detail and colorful story-telling disappeared when the World of Motion was closed in 1996 to make way for Test Track (which opened in 1999).  The pavilion opened with EPCOT in October 1982.

1. Horizons
This sequel to the Carousel of Progress (featuring the same family) opened in EPCOT on October 1, 1983.  It was the perfect representation of the vision of EPCOT, bringing together all the elements of Future World. The highlight of the trip was the opportunity to choose which version of the future to travel back to base: Land, Sea or Space (choose Omega Centauri, Mesa Verde, or Sea Castle Resort) and the subsequent return ‘journey’ which featured a 30-second high-speed flight back to Future Port. Unfortunately, horizons closed in 1999 to make way for Mission Space.

For another full-ride video from the early 90s, click here.

This is by no means an exhaustive list of what has left EPCOT – some say the very spirit of the Park vanished with the name change from the original acronym to today’s EPCOT.  We highly recommend a visit to EPCOT Center (including some amazing artwork and original area music) for an informative insight on E82 — The EPCOT Legacy.

What attractions and/or features do you miss the most from Walt Disney World’s second theme Park?  Let us know in the comments below.