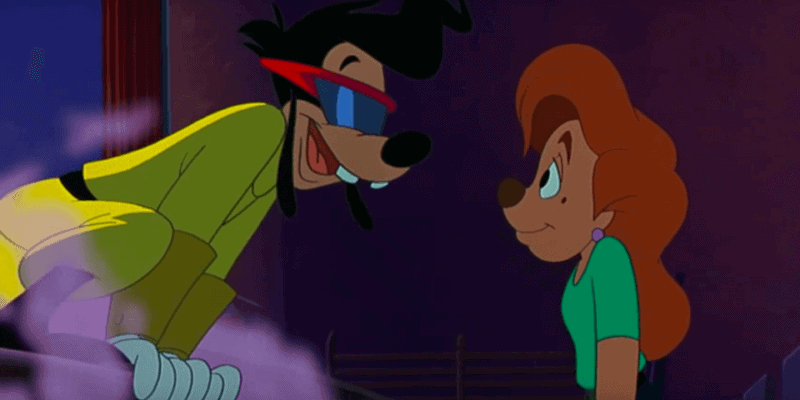 No need to break out the VCR! Disney+ is bringing us right back to our childhoods with animated series and movies, along with a packed set of live action movies direct from the 1990s. The 90s gave us some of our all-time favorite Disney hits and with so many of them readily available on Disney’s new streaming platform we can hardly contain ourselves!

Disney animated series took over Disney Channel and Toon Disney throughout the 90s and the results gave us some of the best after school and Saturday morning screen time we could have asked for. And if Gargoyles or X-Men: The Animated Series are more your style you can find these and so much more on the platform too!

Ducktales was iconic for 80s and 90s kids everywhere (hence why the revival is doing so well today!). You can catch up on the adventures (and misadventures of Scrooge McDuck and Donald’s nephews as their stories appeared from 1987-90 on Disney+. Did the Ducktales theme just pop into your head too?! Don’t forget to check out the new version of Ducktales while you’re at it- it’s a new animation style with all the fun of the original.

The concept for TaleSpin is seriously something that would only work in the 90s, but we’re glad it did! The show starred the characters from The Jungle Book as a group of pilots protecting the fictional city of Cape Suzette from a gang of Air Pirates. It’s as out there and hilarious as it sounds, with a special sort of charm that would not be executed nearly as well in any other time, and that’s part of what makes it such a memorable part of the 90s Disney cartoon circuit.

Isn’t it rad that we can jump right back into the adventures of Darkwing Duck and Launchpad McQuack in 2019? A staple in any 90s kid’s after school cartoon-watching routine Darkwing Duck follows the adventures of the titular character under the guise of Drake Mallard as he fights crime with good old 90s’ humor often featuring the latest gadgets from the time with lots of fun animated action sequences. If you happen to be visiting Disney’s Animal Kingdom, characters from the show are now meeting guests in Dinoland U.S.A.!

Before The Goofy Movie debuted in 1995, 90s kids were getting their fill of these classic characters on the Goof Troop animated series. Like the movie and other classic Goofy cartoon titles, the series focused on Goofy getting himself into hilariously entertaining situations alongside occasional neighbor but mostly all around bad guy, Pete. The series specifically focused on the relationship between Goofy and Max, paving the way for the movie which along with its sequel An Extremely Goofy movie, are also on Disney+. (For the ultimate Goof Troop nostalgia trip, watch the reruns on Disney+ then bust out the Goof Troop Super Nintendo game!)

With the Disney Renaissance ushering in a full decade of timeless classics like The Lion King and Aladdin just to name a few, the 90s had no shortage of memorable animated films. While we may be more inclined to go right to films like Beauty & the Beast and some of Pixar’s early features like Toy Story and A Bugs Life, these movies get us right in the feels with their total 90s vibes:

Nothing captures being a kid in the 90s quite like Max’s character in A Goofy Movie. This was a favorite for lots of 90s kids, and it’s recently been revived through loads of merchandise featuring Powerline and the classic VHS tape accessories Disney occasionally puts out. “Hi Dad” soup, anyone?

This coming-of-age story is like a time capsule for what animated featured films were like in 1997. The art style in Hercules is cool and different, the musical numbers are memorable, and the pop-culture-esque jokes are totally 90s but also totally not lost to time.

Mulan has all the makings of a hit Disney animated film, with vibrant storytelling, strong characters, and some fan-favorite music. The film also gave us our first Asian Disney heroine adding some new representation to the “Disney Renaissance,” and we’d be remiss if we didn’t mention the ever-so-90s hit, True to Your Heart by 98 Degrees that played in the credits.

Just about everything about Tarzan screams 90s! This is probably why the film is not nearly as popular as 90s Disney hits like The Lion King or Aladdin among today’s youth, but we can’t help but love the 90s goodness served up on Tarzan. Skater kids will pick up on this, but Tarzan went so far with the 90s-inspiration that the entire Son of Man scene with Tarzan gliding down trees was inspired by the movements of pro-skateboarder Tony Hawk!

Disney’s live action movie scene thrived in the 90s with a wide variety of films offering something for everyone. We recommend browsing Disney+ on the “all films A-Z” setting so you don’t miss a thing or starting with some of our personal favorites:

There are so many versions of this classic Charles Dickens tale out there, but 90s kids know that this Muppet re-telling is the best. With fun musical numbers and a uniquely “Muppet” take on the classic Christmas story, this is a must-see for us each holiday season, and we’re thankful it will be so easy to access this year from Disney+.

Halloween more your holiday? We get it, and that’s why we love that we can head to Salem, Massachusetts to take in the adventures of the Sanderson Sisters anytime with Disney+. This cult classic Halloween film has only been growing in popularity, and with a sequel in the works, there is no better time to catch up on the original story.

“You’re killing me smalls!” Sports movies had a real moment in the 90s, but The Sandlot is right at the top of our list. Even if you aren’t the biggest baseball fan, this movie excels at capturing the spirit of childhood, something 90s kids are obviously searching for as we flip through Disney+ between adulting.

Written by Steven Brill and Judd Apatow, this cult classic follows a group of boys as they embark for the summer as a weight loss camp currently under siege by a new fitness-obsessed director played by Ben Stiller. It’s a hilariously heartwarming tale perfect for the whole family that still holds up for re-watches to this day.

Based on the 1961 film, The Absent Minded Professor, Flubber features Robin Williams as Flubber inventor Phillip Brainard. 90s kids grew up with Robin Williams as one of our favorite family movie comedians, and his performance in Flubber is for many one of his most memorable. If you’re visiting Epcot, don’t forget you can check out his portrait in the queue for Journey Into Imagination!

We may relate more to Meredith Blake as adults, but the 1998 version of The Parent Trap starring Lindsay Lohan is a 90s classic. Sure, the glaring plot holes and things like the fact that this couple would literally split up their children like some furniture after a breakup may not jive quite as well in our older years, but the story is just too much fun and watching is always a nostalgia trip.

Which 90s TV shows and movies are on your watchlist? Let us know in the comments!