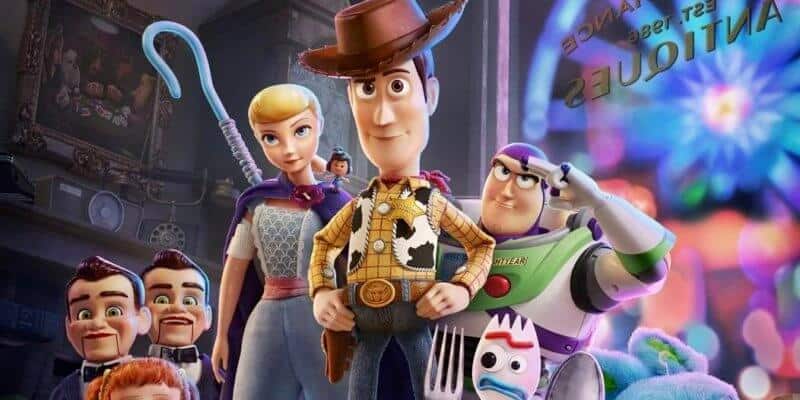 Disney’s animated films have been submitted for Oscar consideration — and one hasn’t even hit theaters yet. Disney has officially submitted Pixar Animation Studios’ Toy Story 4, Walt Disney Animation Studios’ Frozen 2, and a third film from Blue Sky (which is now under Disney’s ownership after the Fox acquisition) called Spies in Disguise.

Disney has released a variety of films in 2019, and there are still a couple more that haven’t hit theaters yet. But although there are 32 animated movies submitted for Oscar consideration, only three have been submitted by Disney — and only two of those were made by Disney. While most of the movies Disney has come out with this year are live-action, there’s one that many are surprised isn’t on this Oscar consideration list: The Lion King.

The Lion King, which hit theaters over the summer not long after Toy Story 4 made its debut, has faced a lot of criticism among audiences. While many were happy that the CGI photo-realistic retelling was brought to life, others deemed it unnecessary — and even Sir Elton John criticized the film’s music. Still, even though it’s been mistaken, 2019’s The Lion King is technically an animated movie and a visually stunning one at that. Right now, it’s unclear why it didn’t make Disney’s to-do list of films to submit for the Oscars’ Best Animation category.

But there’s another thing that Disney has made clear: Frozen 2 is sure to be impressive. The fact that the film hasn’t even hit theaters yet and already Disney wants it to be nominated for Best Animation. So if you didn’t already have high expectations for this movie, Disney may have just raised the stakes.

Here’s the full list of all 32 animated movies that have been submitted for Oscar consideration:

Abominable
The Addams Family
The Angry Birds Movie 2
Another Day of Life
Away
Buñuel in the Labyrinth of the Turtles
Children of the Sea
Dilili in Paris
Frozen II
Funan
Genndy Tartakovsky’s ‘Primal’ – Tales of Savagery
How to Train Your Dragon: The Hidden World
I Lost My Body
Klaus
The Last Fiction
The Lego Movie 2: The Second Part
Marona’s Fantastic Tale
Missing Link
Ne Zha
Okko’s Inn
Pachamama
Promare
Rezo
The Secret Life of Pets 2
Spies in Disguise
The Swallows of Kabul
This Magnificent Cake!
The Tower
Toy Story 4
Upin & Ipin: The Lone Gibbon Kris
Weathering With You
White Snake

What do you think of Disney’s choice to submit Toy Story 4 and Frozen 2 for Oscar consideration? Should more of Disney’s animated films from 2019 be on this list? Let us know in the comments!