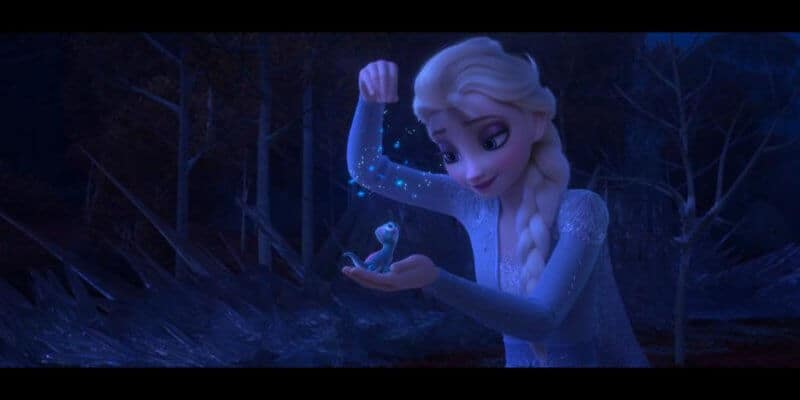 Frozen 2 debuts in theaters on November 22, and Disney fans around the world are gearing up for what will surely be the greatest Walt Disney Animation Studios film we’ve seen in a while (or at least the greatest Disney sequel ever). But when it comes to characters in Frozen 2, there’s a lot we have to keep track of.

Disney is introducing a variety of new characters and bringing back familiar faces in Frozen 2. And for those of us who need a refresher, it might feel like a lot has changed since the first film. Luckily, Walt Disney Animation Studios released a helpful guide to all of the Frozen 2 characters.  You remember Elsa, Anna, Kristoff, Sven, Olaf, and the rock trolls, right? Well here’s everyone else you can expect to see in the upcoming sequel.

Lieutenant Destin Mattias loyally protected his homeland of Arendelle, against their enemy, the Northuldra. But, in doing so, he became trapped in the Enchanted forest, where he’s been for more than 30 years. He’s never forgotten his sworn duty to Arendelle, but the arrival of Queen Elsa and discovery that she has magical powers is just the first of many challenges to his long-held beliefs.

Queen Iduna loves her daughters and wants to protect them at all costs — especially from the secrets of her past. But as young Elsa’s powers and questions grow, she begins to wonder if her own past may hold the answers for her family. Unfortunately, it’s not a journey she can make for her daughters, but one they must do themselves when they’re older… and ready to face their destinies. Iduna shares an important, though mysterious, lesson through a song entitled ‘All Is Found.’ The haunting lullaby is about a river that holds all of the answers.

The son of King Runeard, King Agnarr is married to Queen Iduna and is Anna and Elsa’s father. King Agnarr loves his family and would do anything to ensure his daughters’ wellbeing and safety.

The unspoken leader of the nomadic Northuldra, Yelana is fiercely protective of her family and community but is known to soften when people show an understanding of nature and their environment

A member of the Northuldra, Honeymaren is a true free spirit and wants nothing more than to bring peace to the Enchanted Forest. She is bold and brave, with a reverence for the magic of nature.

Eager and fun, Honeymaren’s brother Ryder embraces life with optimism. Ryder’s love of reindeer might just rival Kristoff’s, but unlike Kristoff, Ryder has never roamed the great plains outside of the Enchanted Forest. He longs to embrace the world and venture beyond the magical mist.

The Nokk takes the form of a horse with the power of the ocean in the charge of a stallion. It’s a fierce warrior and guards the secrets of the forest fiercely. In order to get past the Nokk, a person must prove they are worthy and earn its respect — an almost impossible task.

These are giants made of rock who you can see towering above the Enchanted Forest in the Frozen 2 trailer.

Curious and cute, this salamander inhabits the Enchanted Forest. Though shy at first, Bruni can’t help but be drawn to Elsa’s icy magic and enjoys the cool snowflake treats she creates.

Which of these characters are you most excited to see once Frozen 2 hits theaters on November 22? Let us know in the comments!