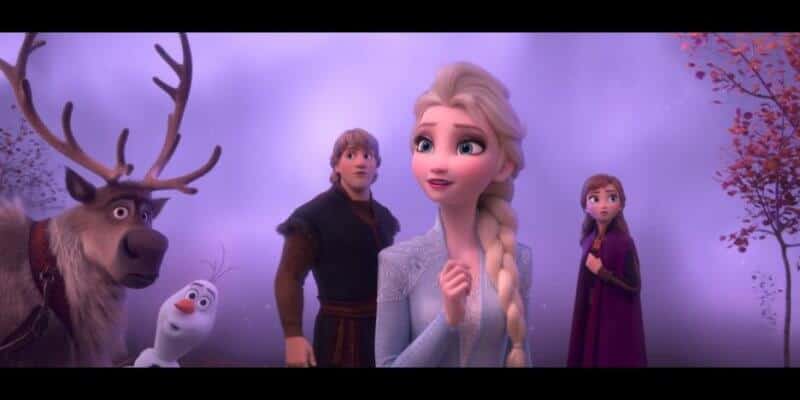 Disney fans around the world have been on the edge of their seats waiting for a sequel to the 2013 award-winning film “Frozen,” and for good reason. “Frozen” brought us amazing music that’s been stuck in our heads ever since, relatable characters, and a story of sisterly love between Queen Elsa and Princess Anna that we never knew we needed. And as soon as we were able to find out more about “Frozen 2,” we knew our fellow Anna and Elsa fans would want to know about it!

After attending the Walt Disney Studios presentation D23 Expo this August and getting a sneak peek and some behind-the-scenes scoops on the making of the new movie, we believe that “Frozen 2” will be the best Disney sequel yet. Here’s why we think so (plus some all-new images from the upcoming film!).

The music is even better than the first film

Okay, hear us out. “Frozen” brought us some new Disney bops like “Let It Go,” “Love Is An Open Door,” and “For the First Time In Forever.” We know the entire “Frozen” soundtrack by heart, and the music has won awards and garnered new Disney fans of all ages. But from what we can tell so far, the music of “Frozen 2” will be even better than that of the first film.

Elsa has two new songs, one of which we’ve had the pleasure of hearing twice and we still can’t get it out of our heads. And at D23 Expo, we and the rest of the fans in the audience were blown away by a song that four of our favorite characters (played by four of our favorite actors from the cast of “Frozen”) sing all together. It seems like “Frozen” music just keeps getting better from the first film to the short films to the sequel, and we can’t get enough.

The animation is the best Disney has ever done

Inside the Magic had the opportunity to visit Walt Disney Animation Studios to learn more about the process behind creating the magic of “Frozen 2,” and we can attest to the fact that the animation is visually stunning. With an all-new autumn color palette to work with, more mature characters, and of course the amazing new technology that allows the animators to create works of art in much more detail, “Frozen 2” is an animation masterpiece, unlike anything we’ve ever seen.

The creative team behind “Frozen 2” shared that if the animators, visual development artists, and story team are able to convince the audience that the characters, events, and scenes within “Frozen 2” are completely real, then they’ve done their job. And from the few scenes we’ve been able to catch a glimpse of, the realism and depth that “Frozen 2” has is highly convincing and immersive. If you thought “Frozen” was beautifully animated, just wait until you see the stunning visuals and attention to detail in “Frozen 2.”

It has the most relatable characters and story

“Frozen” brought us the tortured soul Elsa (voiced by Idina Menzel) and the comical yet strong Anna (voiced by Kristen Bell), and we know we can speak for a lot of Disney fans when we say that we see ourselves in both of these strong female characters. But after learning more about the journey of the characters and the story of “Frozen 2,” we can tell that this sequel will show us a different side to Anna and Elsa that we never knew we needed to learn.

We will finally find out the answers to the questions we’ve been searching for: why was Elsa born with ice powers, why was Anna born the way she was, and is there really such a thing as “happily ever after”? Sure, we don’t have ice powers ourselves, we don’t live in the beautiful kingdom of Arendelle, and we’ve never been on a remarkable adventure through an enchanted forest. But we also know that sometimes there are parts of ourselves that make us different, and we too have questioned why we are the way we are just like Anna and Elsa do.

Are you as excited to see “Frozen 2” as we are? Let us know what you think of this upcoming Disney sequel!