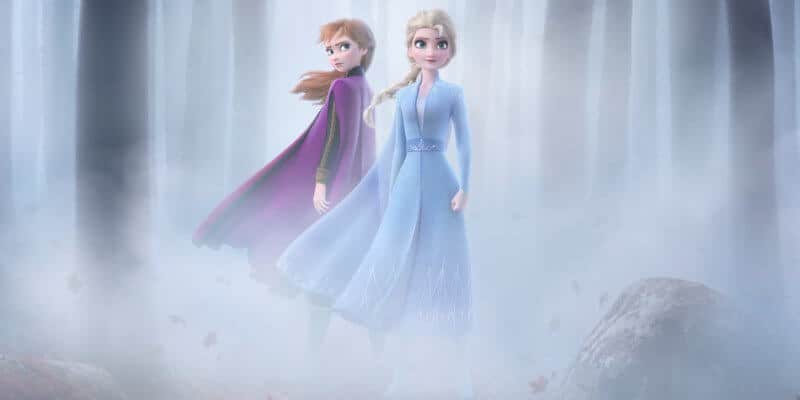 Six years ago, the world was overwhelmed with “Frozen” fever. Now, a new generation is looking forward to the next chapter for Elsa and the rest of the beloved characters. Today we have another look at the epic sequel through a new poster and the release of the second “Frozen 2” trailer. Although the poster doesn’t reveal much, it appears Elsa and Anna have again ventured past the gates of Arendelle to embark on another journey. In “Frozen 2”, Else is on a quest to find out the source of her powers and we know from the poster her sister Anna will be there to help her out.

In the first trailer that was released earlier this year, Queen Elsa is in a fierce fight against the ocean’s tide as she attempts to travel deep into the sea. This new “Frozen 2” trailer picks up where the last one ends giving us another glimpse into this highly anticipated sequel. Take a look below.

Why was Elsa born with magical powers? The answer is calling her and threatening her kingdom. Together with Anna, Kristoff, Olaf, and Sven, she’ll set out on a dangerous but remarkable journey. In “Frozen,” Elsa feared her powers were too much for the world. In “Frozen 2,” she must hope they are enough. – Disney

Going beyond the gates of Arendelle in search of answers we see Elsa, Anna, Kristoff, Olaf and Sven in this scene from the new trailer.

In the scene above from the trailer, we see that Elsa encounters a Nokk—a mythical water spirit that takes the form of a horse. Nokk’s use the power of the ocean to guard the secrets of the forest.

2019 is gearing up to be a monstrous year for Disney at the box office. Since “Frozen” is the highest grossing animated film of all time, the expectations for “Frozen 2” are extremely high. Will “Frozen 2” be able to deliver and live up to the hype? Between the storyline and the iconic songs (yes – I have vivid memories of my then 6-year-old belting out “Let it Go” at the top of her lungs), “Frozen” was an instant classic for Disney.

The new “Frozen 2” trailer has given us a closer look at the journey Elsa, Anna, Olaf, Kristoff, and Sven will embark upon and we can’t wait to see how the story unfold!

“Frozen 2” opens in theatres on November 22. Are you excited for this next chapter for our favorite Arendelle residences? Let us know if the comments below.