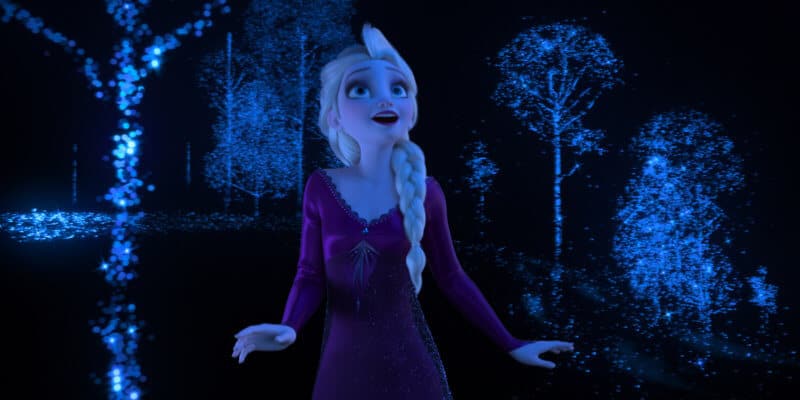 Spoiler warning: This article references the music and plot of “Frozen 2,” including Elsa’s new song “Into the Unknown.” If you want your viewing experience of “Frozen 2” to be entirely spoiler-free, we suggest you click out of this article and read some of our other awesome content on Inside the Magic.

If you’re as big of a “Frozen” fan as we are, you probably sing the soundtrack almost daily. And if you’re like the rest of the world, you probably still get “Let It Go” stuck in your head more often than you’d like to. But even though “Frozen” was a huge hit at the box office that brought us fantastic songs — including Elsa’s epic ballad of personal growth — it looks like “Frozen 2” may be the best Disney sequel we’ve seen yet, with songs that will put the first film to shame.

Okay, so maybe we won’t go that far. We have only fully heard three of the new songs included in “Frozen 2,” and we’ve just seen a few of the film’s trailers and sneak-peek clips. But the “Frozen” sequel doesn’t hit theaters until November and we already find ourselves humming Elsa’s new bop “Into the Unknown.” If that doesn’t tell you that this song has the potential to be as big as “Let It Go,” let us explain.

In the first “Frozen” film, Elsa sings “Let It Go” to express her feelings of not needing anyone else in her life. She sings about entering a new chapter in which she can escape the judgement of others, she doesn’t need to hide who she is anymore, and she can fully embrace her magical powers like the snow queen she is. She says that the storm can rage on outside her ice palace because the cold never bothered her anyway. It’s an empowering, relatable anthem. But her latest tune is nothing like it.

In “Frozen 2,” Elsa sings “Into the Unknown” as a way of coping with a voice that keeps calling her away from her family. She has a new family now with Anna, Kristoff, Olaf, and Sven, and she has been living for three years in the peaceful kingdom of Arendelle. But a voice keeps calling her to go “into the unknown,” and even though she keeps saying she’s blocking it out, something inside tells her that Arendelle isn’t where she’s meant to be.

We don’t want to spoil “Into the Unknown” or the plot of “Frozen 2” for you, so we’ll stop our description of the song and this point in the movie here. But take our word for it when we say that “Into the Unknown” has the relatable tone of “Let It Go,” the incomparable vocal talents of Idina Menzel, and something new added that makes it a ballad that can stand on its own and move along the plot of “Frozen 2.” Not to mention, we get to see Elsa use her magical ice powers in ways we have never seen before. A great song plus amazing skills by Walt Disney Animation makes this a fantastic scene.

The song is just as catchy and fun as it is raw and emotional, and for that reason we think it has the potential to be just as big, if not bigger, than “Let It Go.” And after visiting Walt Disney Studios and hearing the team behind “Frozen 2” speak about the film’s music, it looks like this isn’t even the best song the movie has to offer. We’re already in love with “Into the Unknown,” and if it’s any indication for how amazing the rest of the movie’s soundtrack will be, you bet we’ll be listening to this song and the others on repeat as soon as we can.

For now, you can listen to a clip of “Into the Unknown” in Disney’s special look at the new song in the video below:

Are you excited to hear Elsa perform “Into the Unknown” in “Frozen 2”? Let us know your thoughts on the new tune in the comments!