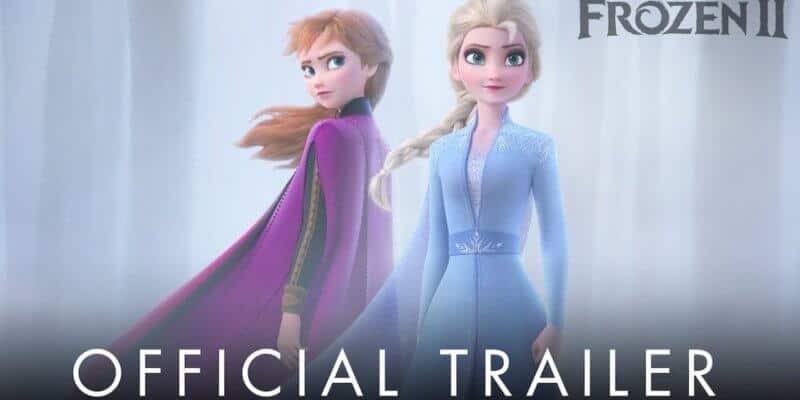 Are you excited to see Queen Elsa and Princess Anna return to the big screen in their highly anticipated sequel? I know I am, and now there’s even more reason to be excited because the final official trailer for Frozen 2 has just been released!

With brand new scenes in this final official trailer trailer, Frozen 2 fans have a lot to look forward to when the sequel hits theaters next month.

The new Frozen 2 final trailer starts off with the Frozen gang playing a fun game of charades, but when it’s Elsa turn, she seems distracted. Even Princess Anna notices something weird going on with her sister. But then we soon learn Queen Elsa has been hearing a voice inside of her and find out that Arendelle isn’t safe.

Pabbie tells Elsa she must find the voice who is calling to her as they may have answers, which leads us to the plot of the film. Frozen 2 fans will follow Princess Anna, Queen Elsa, Kristoff, and Olaf as they travel far into the unknown as they learn the truth about an ancient mystery of their kingdom.

But what are fans really pumped about thanks to this final official Frozen 2 trailer? Elsa has a brand new look as she lets her hair down. (Yes, Queen!)

It has been confirmed that Idina Menzel, Kristen Bell, Josh Gad, and Jonathan Groff will all return to voice their recognizable Frozen characters. Fans can also look forward to meeting brand new Frozen characters in this highly anticipated sequel. Evan Rachel Wood will voice Elsa and Anna’s mother, and Sterling K. Brown will voice Lieutenant Mattias, who Elsa and Anna will encounter in the enchanted forest.

Frozen 2 fans can also look forward to another iconic Queen Elsa song. As everyone knows, in the first Frozen film, Elsa sings the very catchy song, “Let It Go,” as she expresses her feelings and magical powers. And in Frozen 2, Elsa will sing a brand new song called “Into the Unknown” as she learns to cope with this voice that continues to call her away from her family.

You can watch the final full official trailer for Frozen 2.

Are you ready to go on this Frozen adventure with Elsa, Anna and the rest of the gang? Walt Disney Animation Studios’ animated film Frozen 2 opens in U.S. theaters on Nov. 22, 2019.

Will you be heading to the theaters on November 22 to see Frozen 2 on the big screen?