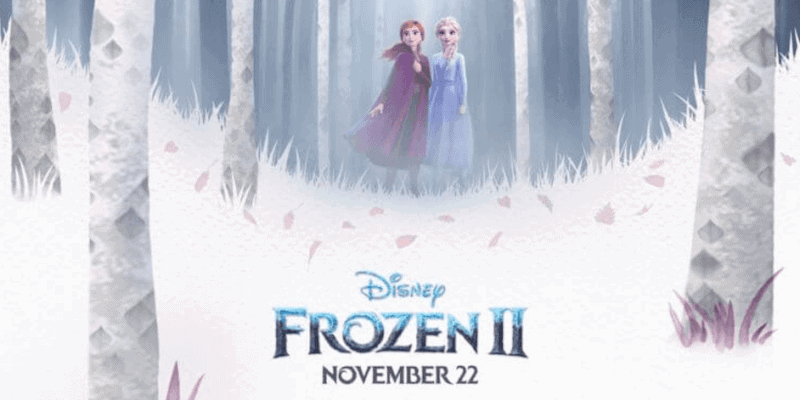 “Frozen” fans are anxiously waiting for the sequel to hit theaters in November 2019, but now we have even more reason to be excited! Today, September 23, marks the first day of fall and The Walt Disney Company is celebrating by releasing the world premiere of a brand new extended trailer for Disney’s “Frozen 2”.

The initial trailer teaser for “Frozen 2” showed fans that our favorite friends, Queen Elsa, Anna, Olaf, Kristoff, and Sven, will all be embarking on a brand new adventure.

And during the Walt Disney Studios panel at D23 Expo, Chris Buck, who co-directed “Frozen”, shared some new details about the film. “Frozen 2” will be a story of the past, but overall it will revolve heavily around family.

“We can tell you that ‘Frozen 2’ is even bigger and more epic, but most importantly, in the end, ‘Frozen’ and ‘Frozen 2’ work together to form one complete story,” Buck explained.

Fans can expect to meet some new characters in the sequel. It has already been confirmed that Evan Rachel Wood will voice Elsa and Anna’s mother, and Sterling K. Brown will voice Lieutenant Mattias, who Elsa and Anna will encounter in the enchanted forest.

But now, we have even more details thanks to the brand extended new trailer that was shown on ABC’s “Good Morning America” this morning. Let’s take a closer look:

There is so much to take in. The trailer starts off with young Anna and Elsa listening to a story from their father. A story about when he was younger, he visited an enchanted forest but then something went horribly wrong – no one could get in or out. But why? What happened to exclude this forest from the rest of the world?

The trailer then flashes forward to Elsa and Anna grown up. Anna notices something off about Elsa and decides to confront her. Elsa explains she has had this ‘voice’ inside of her in which she has to listen to – she has to let it guide her.

Before we know it, some sort of storm takes over Arendelle and Anna and the rest of the gang have to take cover and find somewhere safe to go. Overall, let’s just say that “Frozen” fans have a lot to look forward to when “Frozen 2” hits theaters.

Are you looking forward to seeing Queen Elsa and the rest of the gang return to the big screen?