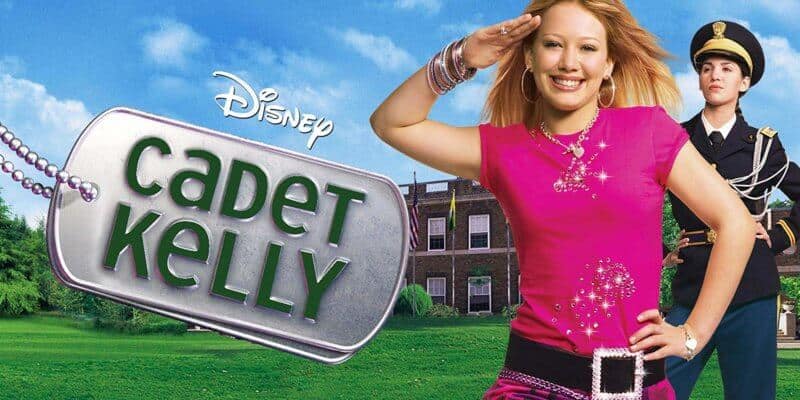 Disney has been sharing the details for what’s coming to Disney+ when the new subscription service launches on November 12, 2019, and there is so much to look forward to! One of the genres we can’t wait to see on the new platform is the ever-so-nostalgic DCOM or Disney Channel Original Movie. So many of these classic Disney Channel hits are making their way onto Disney+, but there are some standouts we have just have to share while we anxiously await launch day:

Halloweentown is a fan-favorite every fall (or year-round to be honest) for DCOM fans. This classic tale of the Cromwell witches and their quest to put an end to the “bad thing” that is taking over Halloweentown is led by none other than Debbie Reynolds. It’s part simple fall-fun and part coming of age story, with main character Marnie discovering that she (and the rest of the family) are witches, and coming into her own to help put an end to the evil force taking over the town. It’s full of lovable characters and quotable lines that fans can still recount to this day, prompting multiple sequels and making it one of the DCOMs we just can’t wait to re-watch on Disney+. (Plus, did you know the town where the movie was filmed has an annual Halloweentown celebration each fall?!)

Johnny Tsunami follows the story of a teen surfer from Hawaii whose entire life is uprooted when his family moves to Vermont. While in Vermont, Johnny’s obviously homesick for everything he knows and he feels terribly out of place among the snowy mountains and new prep school his parents seemingly force him to attend. He’s able to turn the situation around by using his surfing skills to snowboard, and while it’s a little cliche to re-watch as an adult (and as a New Englander I’m not sure the writers ever went to Vermont…) it’s a lovable coming of age story to add to the Disney+ collection.

One of the most popular DCOMs (for good reason!) is Smart House! Nearly every kid in 1999 wanted to have this dream house to themselves. This flick follows a family who wins a costume to move into their dream home, which comes fully automated with everything they could possibly ask for included a computerized personification of the house itself. It’s filled with twists and turns, heartfelt familial moments, and sweet, cheesy 90s goodness making it one of our all-time favorites.

If you were a kid during the peak of DCOMs and did not care so much to live in the Smart House, chances are you had your eyes on the sky instead. Zenon: Girl of the 21st Century (so this century, ouch) follows the title character played by Kirsten Storms as she navigates those awkward teen years between a space station that’s encountering some serious problems and planet Earth, to which she is totally unfamiliar. The film is complete with fun, futuristic fashion, her best friend played by Raven Symone, and some of the catchiest music to grace the Disney channel to this day.

It’s difficult to believe that The Color of Friendship came out almost 20 years ago- for a Disney Channel Original Movie, this one was so far ahead of its time. The story centers on Piper, an African American high school student in Washington D.C. whose family takes in a foreign exchange student who happens to be a white student named Mahree from apartheid South Africa. Piper’s dad is Congressman Ron Dellums (who the true story of the movie is based on), and he’s extremely against the oppression that was not only a regular part of South Africa during this time but also something that families like Mahree’s benefited from. The movie is deep and for a made-for-tv production geared towards kids and tweens, it really dives into these issues and puts the context of the situation right out there through the characters.

Mom’s Got a Date with a Vampire always gets me personally because it’s one of the few DCOMs I could actually get my mom to watch! (If you’re hoping to get your parents in on the fun, just bring up that the starring vampire, Dimitri is played by Charles Shaughnessy of Days of our Lives, and the mom is played by Caroline Rhea, known for her standup and for the role of Hilda Spellman on Sabrina the Teenage Witch.) The title kind of gives the plot of this movie away, but if you’re looking for a family film night with perhaps something a little spookier but still totally kid-friendly on Disney+ we’d recommend giving this one a try.

Are you a fan of Phantom of the Opera? If so, chances are you’ll love this DCOM’s take on the classic tale that takes a place at a (then) modern movie theater where a mysterious series of events occur prior to the opening of the latest horror film. It’s got some spooks without being too much for most little ones and even stars Mickey Rooney as one of the “all-knowing” older employees of the movie theater.

In Motocross, Andrea Carson steps in for her brother Andrew at his motorcross competition when he sustains an injury despite the fact that their father believes girls shouldn’t ride. The entire plot is pretty unbelievable but it’s a great feminist moment that was totally welcome on Disney Channel in 2001 and Disney+ today, to show that girls are capable of accomplishing anything.

Starring Hilary Duff alongside Even Stevens‘ Christy Carlson Romano, Cadet Kelly is always a popular pick among fans of DCOMs. Another kind of outlandish story (where Hilary Duff’s character is forced into military school due to her divorced mom’s new relationship), it’s truly a classic and an icon for DCOMs in general. It has everything you want in a coming of age story with some of the most popular stars to grace the Disney Channel screen, and it perfectly balances the rigidness of military school with Kelly’s artistic style and heartwarming moments.

Based on a book of the same name, Tru Confessions gets right into realistic societal issues right up there with The Color of Friendship. The story follows Trudy (of “Tru”) as she creates a documentary of her life featuring her twin brother who has autism (played by fellow Even Stevens actor Shia LaBeouf). As far as family-focused movies on the subject go, particularly in 2002 when autism was even less discussed in popular culture, the film does a nice job of sharing information on the subject with a Disney Channel audience. It’s not without its faults to be sure, but it isn’t a subject that’s typically discussed in films geared for kids so it’s nice to see Disney share this story.

One of the most fun musical hits to come out of the Disney Channel Original Movie library was The Cheetah Girls. The film following the girl group by the same name, starred Raven Symone alongside Adrienne Bailon, Kiely Williams, and Sabrina Bryan as the group worked to overcome a variety of obstacles both on and off the stage. The movie spawned two sequels and a series of music videos and original songs, and it remains a fan-favorite today that will certainly be welcomed back into fans’ lives when Disney+ launches.

High School Musical is coming to Disney+ in a big way! Not only is the original film, along with the sequels and Sharpay’s Fabulous Adventure coming to Disney+ but the platform is also debuting the brand new High School Musical: The Musical: The Series. If you were anywhere close to high school-aged in 2006, chances are High School Musical is near and dear to your heart. But if it’s not you’ll need to add this to your list. It’s honestly some of Zac Efron and Vanessa Hudgen’s most memorable work, and you’ll need to check out the original story before jumping into the sequels.

My personal favorite DCOM, Read It and Weep is based on the book by Julia DeVillers titled, How My Private, Personal Journal Became A Bestseller. (Perhaps they didn’t go with this name for the film to avoid giving away the plot?) In any case, the story is at all times comedic, emotional, and thrilling, and as a writer and avid journal-keeper, this one always stuck with me. It’s certainly one of the more underrated DCOMs out there, but in my opinion, it’s definitely worth the watch when find yourself scrolling through Disney+.

No list of DCOMs would be complete without mentioning the one that introduced many of us to the likes of the Jonas Brothers and Demi Lovato. As the title suggests, the film follows the goings-on of a musical camp experience complete with all the tensions that come with everything from the financial difficulty of paying for said camp to fitting in with peers, and of course, the music. It’s got one of the best soundtracks of any DCOM and it’s always fun to look back on some of today’s favorite stars as they were on Disney Channel in 2008.

Descendants was directed and filmed by Kenny Ortega (Hocus Pocus, anyone?) and it has one of the most memorable stories of any Disney Channel Original Movie. It shares the story of the teenage children of classic Disney villains, and the mischief they get into while attempting to overpower the Fairy Godmother to free their parents. It perfectly captures what the older more teenage audience on Disney Channel is looking for while adding some extra and more recent context for some of our favorite villains. On a more somber note, Cameron Boyce (who played Carlos, son of Cruella de Vil) tragically died from complications from epilepsy earlier this year, prompting a resurgence in interest in his work and a series of touching reflections and words shared by his fellow cast and fans.

Are you already signed up for Disney+? Let us know what you’re most excited to watch, and if any of these DCOMs are at the top of your list!