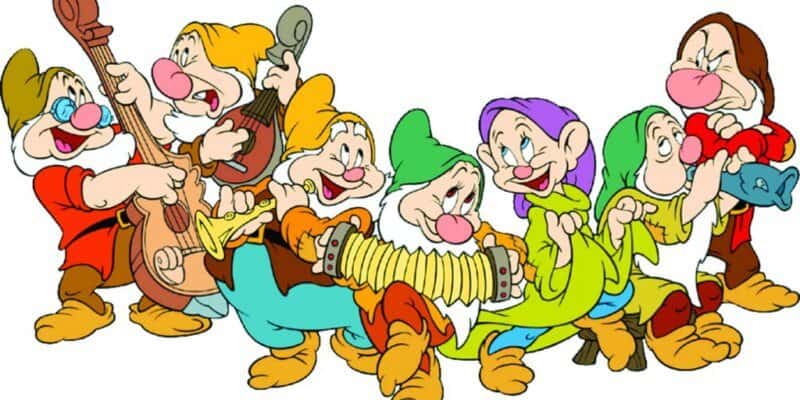 Have you preordered your subscription to Disney+ yet?

If not, there’s still time to do so as the most magical streaming service on earth readies for launch on November 12. And if you’re really into original new content, classic Disneyana, or revamped versions of oldies but goodies, you won’t want to skip Disney+, especially since there’s the talk of several new Disney+ animated series.

Disney is rumored to have some brand-new animated projects in the works that include animated series featuring Jiminy Cricket from Pinocchio, one featuring the Cheshire Cat from Disney’s Alice in Wonderland and even a project featuring the merry Seven Dwarfs from Snow White and the Seven Dwarfs.

Rumors even include a project inspired by Disney’s musical classic, Fantasia. At this time, it’s not known whether these projects will be full-length movies for Disney’s new streaming service, or if they will be animated shorts or animated series.

We do know that Disney+ will feature a brand-new series that features the adorable duo Chip ‘n’ Dale. The style of art and animation used in the new series will be very different from the look of Chip ‘n’ Dale that we’re used to.

You may remember an animated series Disney produced years ago called 7D, which featured all seven of Snow White’s friends, but with a much more modern look to them. 7D and the new Chip ‘n’ Dale series are examples of work Disney has done and is doing that use familiar characters with very different animation. The latest look of the Mickey Mouse cartoon shorts and the look of the animation in Tangled The Series are a few more examples.

It would be fun to see an original animated project (short or different movie)inspired by Toy Story (other than the soon-to-be-released Lamp Life–you can’t have too much Toy Story) or perhaps a live-action movie based on Disney’s Pete’s Dragon, Sleeping Beauty, Meet the Robinsons or The Hunchback of Notre Dame. How about a live-action movie inspired by Disney’s 1953 Peter Pan? A reprise of Disney favorites like Mighty Joe Young, That Darn Cat, or Bedknobs and Broomsticks would also be fun.

Little ones might enjoy a new movie that tells the story of Pooh (and features a CGI-rendering of the beloved stuffed bear) as he goes on a new series of adventures minus Christopher Robin. We’d even like to see a live-action movie made of Big Hero 6.

Let’s throw it way back and even suggest a modern-day movie that tells a story like Disney’s The Computer Wore Tennis Shoes.

Lots of wishful thinking here, but because Disney hasn’t yet officially announced any of these original new projects, we won’t hold our breath just yet, but it would be fun to see how Disney breathes new life into Jiminy Cricket, the Cheshire Cat, the Seven Dwarfs, and Fantasia. We wonder which Hollywood star might be called on to voice the part of Jiminy Cricket, and what would his story be about?

For now, we’re super excited about the upcoming exclusive release of Disney’s live-action Lady and the Tramp, debuting only on Disney+ and starring Justin Theroux and Tessa Thompson, as well as the new Star Wars-themed series, The Mandalorian and Kenobi. The Mandalorian will debut on November 12 and will drop a new episode each Friday after that until the eighth episode. (Season 2 has already begun filming!)

The original new series, High School Musical: The Musical: The Series will also debut on Disney+, and some are hopeful for a new National Geographic TV series as well, though no word about such a project has been shared by Disney yet.

We have to say, we’re thrilled to finally be getting a streaming service that’s all Disney, Star Wars, Marvel, and Pixar all the time!

Are you planning to subscribe to Disney+? What are you most excited to see on the new streaming service? Let us know in the comments section below.