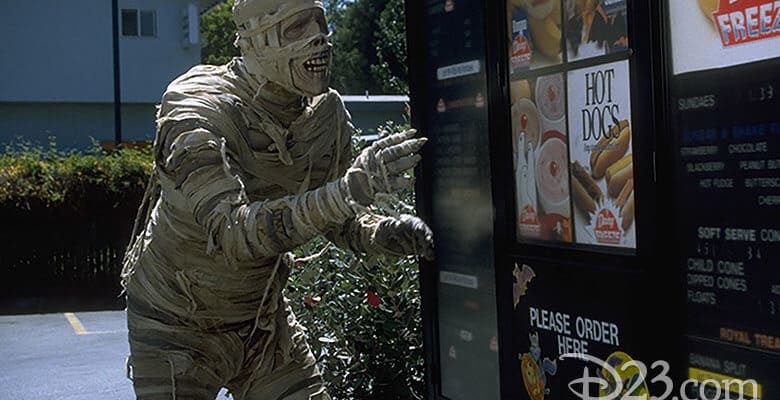 If you’re like us, you remember the creepy (and sometimes even nightmare-inducing) Halloween films that aired on Disney Channel every year during the Halloween season. Here’s our list of the scariest Disney Channel Original Movies.

Three kids find a mummy in a dead man’s basement…wait, this is a Disney movie? You read that right: this may not be the scariest movie of all time, but it definitely creeped us out. “Under Wraps” was released in 1997 as Disney Channel’s first Halloween-themed film, and while it was marketed as a Halloween comedy, we know we weren’t the only kids who were totally scared by this one. In the film, the three kids have to reunite this 3000-year-old mummy with his long-lost love before midnight on Halloween. Sounds like a sweet seasonal love story, right? The romance and comedy aspects of this film definitely make it worth the watch, but if you’re easily creeped out, you may want to keep the lights on while watching this movie.

Number four on our list has to be “Mom’s Got a Date with a Vampire.” Two siblings are determined to get their mom out of the house for the night, but little do they know, they’re setting their mom up with an actual vampire. The kids have to partner up with a vampire hunter (named Van Helsing, might we add) in order to save their mom’s life. We won’t tell you how this one ends, but let’s just say the villain isn’t nearly as lovable as our new BFF Vampirina. Check this one out if you’re looking for a slightly bloodcurdling scare.

3. “Phantom of the Megaplex”

This old-school DCOM is pretty much the kid-friendly version of “Phantom of the Opera,” but it still ranks pretty highly on our list of the creepiest Disney Channel movies. Who wouldn’t be terrified of that phantom? He lurks all over the movie theater, and his mask is arguably more terrifying than his “Phantom of the Opera” predecessor. You can give this one a shot, but after watching it, you may think twice about visiting a movie theater anytime soon.

While the first “Halloweentown” film is definitely the best, we can’t decide which one has the most scare-factor (other than the final film with the recast lead; that’s just wrong). So we gave our number two spot to the whole series. The “Halloweentown” series has some seriously scary villains and scenes, like Kalabar’s frightening appearance in the first film. And after watching the “Halloweentown 2” dance scene, where students’ Halloween masks get stuck to their faces almost permanently, we were scared to even try on Halloween masks again.

You can think what you want about the rest of the films on this list, but there is no doubt about the horrifying qualities of “Don’t Look Under the Bed.” The Boogeyman comes alive in this film, which was the first DCOM to ever get a PG rating. In this film, the Boogeyman causes mayhem all around town, terrifying children (and viewers at home). There are more suspenseful moments in this film than we can count, and we will never get over the Boogeyman’s horrifying looks. Parents have complained that the film is too scary, but we have to admit that if you want a scary movie this Halloween (without the PG-13 qualities) then this may be your best choice. We still would never watch it alone though, just warning you!

Which of these Disney Channel Original Movies scared you the most? Let us know in the comments below!

Comments Off on From thrilling to chilling: the scariest Disney Channel Original Movies, ranked