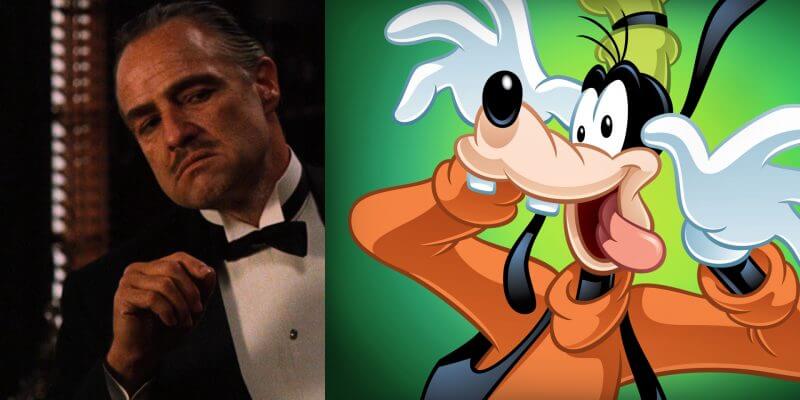 On this week’s episode of the popular podcast “Talkin’ Toons” host Rob Paulsen (“Animaniacs”) enlists Farmer in reading a scene starring Don Vito Corleone from the quintessential mafia movie in a variety of wacky cartoon voices, including that of Goofy and some other instantly-recognizable characters– keep your ears open for Bill’s hilarious take on a certain Head of State.

Bill Farmer has been performing as Disney’s official voice of Goofy since 1987, and has contributed his talents to nearly two hundred movies, television series, video games, and theme park attractions. “Talkin’ Toons” can be heard weekly on Nerdist’s Project Alpha podcast network.