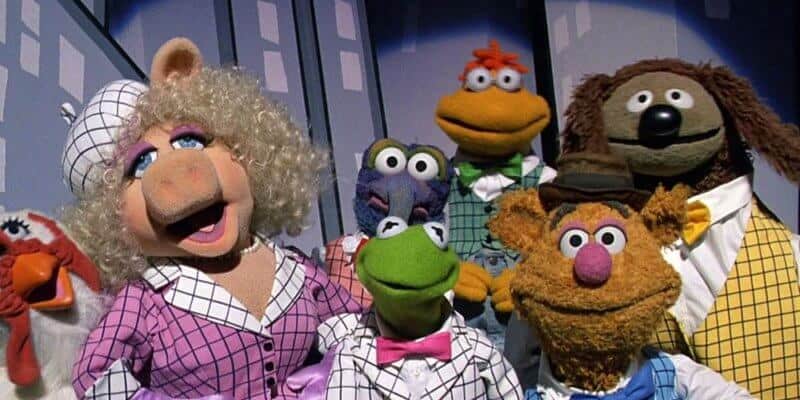 Last year, there was talk of a new “Muppets” series coming to Disney+ and now it seems that show is one step closer to becoming a reality.

According to Splash Report, Josh Gad (“Frozen”) and “Once Upon a Time” creators Edward Kitsis and Adam Horowitz have created a new series for the streaming service called “Muppets Live Another Day.” Instead of being set in the present day, this new show immediately follows the events of 1984’s “The Muppets Take Manhattan,” which saw the gang put on a Broadway show after Kermit suffers from a brief spell of amnesia. In the new series, “Kermit disbands the gang but they are brought back together after the mysterious disappearance of Rowlf.”

While this may be a disappointment for fans hoping for a revival of “The Muppet Show” and its variety show format, setting this new series in the era of “The Muppets Take Manhattan” does sound fun. In that movie, the group enjoys massive success with their production of “Manhattan Melodies,” so we’d be curious to know why Kermit decides to disband the gang.

Fans may also be wary of a new “Muppets” TV series after the mixed reviews for “The Muppets,” which aired on ABC from 2015 – 2016. The mockumentary-style series was set in Los Angeles and followed the Muppets as they worked on “Up Late with Miss Piggy,” a fictional late-night talk show. Because it featured darker adult humor, some felt it was too far off-brand for the generally family-friendly Muppets.

The potential new creative team of Gad, Kitsis, and Horowitz are certainly no strangers to working with Disney. In addition to voicing Olaf in “Frozen,” Gad played LeFou in Disney’s live-action “Beauty and the Beast” and is one of the producers of a live-action “Hunchback of Notre Dame” currently in the works. As for Kitsis and Horowitz, their successful “Once Upon a Time” series ran for seven seasons on ABC and brought together many different characters from the Disney universe.

According to Splash Report, “Muppets Live Another Day” is expected on Disney+ in 2020.