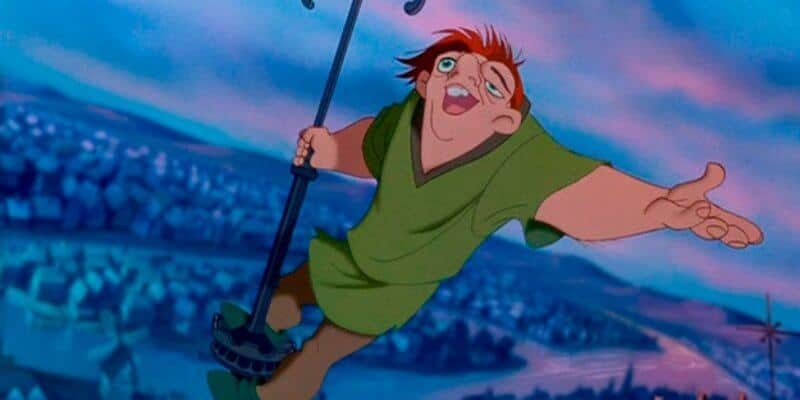 Disney is moving forward with a live-action version of “The Hunchback of Notre Dame,” according to Deadline.

Tony-winning playwright David Henry Hwang (“M. Butterfly”) has been hired to write the script, with Alan Menken and Stephen Schwartz writing the music. Menken and Schwartz also wrote the music for Disney’s 1996 animated movie, as well as a European stage adaptation. According to the report, the new live-action movie will pull material from Victor Hugo’s novel and Disney’s animated feature, but not the stage show.

Mandeville Films, which is headquartered at Walt Disney Studios, is producing the movie along with Josh Gad (“Frozen,” live-action “Beauty and the Beast”). It’s possible that Gad will also star in the film, but no casting has been announced at this time.

Previously, David Henry Hwang worked with Disney Theatricals for the musical theater adaptation of “Tarzan,” which opened on Broadway in 2006. He also worked on “Aida,” which featured music and lyrics by Elton John and Tim Rice.

Disney’s animated version of “The Hunchback of Notre Dame” was based on the 1831 novel by Victor Hugo. The tale follows Quasimodo, the deformed bell-ringer of Notre Dame, and his struggles with loneliness and isolation. The voice cast included Tom Hulce as Quasimodo, Demi Moore as his friend Esmerelda, Kevin Kline as Captain Phoebus, and Tony Jay as the villainous Judge Claude Frollo, among others.

The animated movie received generally positive reviews, though some felt the film’s dark themes were inappropriate for children. Ultimately, “The Hunchback of Notre Dame” was the fifth highest-grossing movie of 1996.

In 2019, Disney has already lined up live-action versions of “Dumbo” (arriving March 29, 2019) and “Aladdin” (arriving May 24, 2019). The studio is also releasing a photorealistic computer-generated version of “The Lion King” on July 19, 2019. In addition to those theatrical releases, a live-action version of “Lady and the Tramp” will be released on Disney+ when the new streaming service launches sometime in 2019.