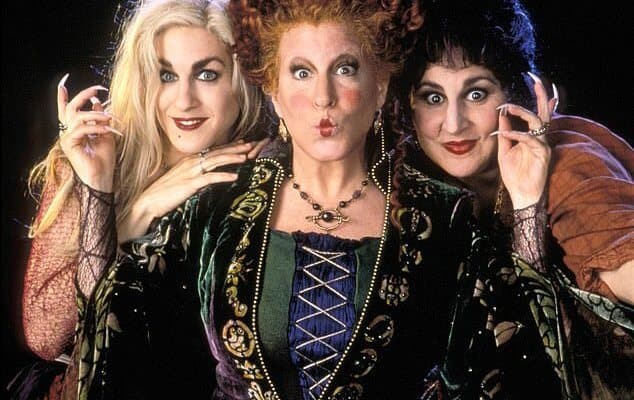 On Thursday, actress Sarah Jessica Parker confirmed that the original cast of Disney’s 1993 Hocus Pocus is on tap for a sequel to the wildly popular Halloween-themed film and are “awaiting instructions,” and though production is still in the very early stages, fans are more excited than ever.

Disney+ had already revealed that a spooky sequel was in the works for the new streaming platform that’s set to launch on November 12, and on Halloween, 54-year-old Parker who starred in the original Hocus Pocus let fans know that the original stars who played the Sanderson Sisters would be returning in their famous roles.

Via Instagram, Parker shared a photo from the show and she even responded to fans’ comments by teasing them with the idea of the cast’s return to film a sequel.

One fan asked Parker, “Any chance of a sequel,” to which the actress replied “We have all said yes. Now we wait.”

Jen D’Angelo, writer and producer of Workaholics is set to write the script for the second Sanderson Sisters installment. The original film was directed by Kenny Ortega (Descendants and High School Musical) from a script written by Mick Garris (Fear Itself) and Neil Cuthbert (Mystery Men). But there’s no word yet on whether the three men will be involved in the next project.

Hocus Pocus tells the story of a trio of witches—Winifred, played by Bette Midler, Sarah, played by Sarah Jessica Parker, and Mary, played by Kathy Najimy—who were hanged in Salem, Massachusetts in the 17th century for the murder of a young girl. But before they were killed, the cast a spell that would allow them to come back to life.

Three hundred years later, the trio of characters is back to their old ways and is determined to suck the souls out of the children who live in Salem, beginning with a young girl named Dani played by Thora Birch.

When the film was released in 1993, it didn’t do so well at the box office. The budget for the film was $28 million, and it earned only $39 million. Its real success came afterward—as the film grew in popularity and gradually became a cult classic. Today, the film continues to do well on television, meaning that the Sanderson Sisters still have what it takes to draw in a crowd.

Hopefully, they’ll have what it takes to draw another cult following in the second installment of their Hocus Pocus mischief.

There is no word yet on a release date, and the latest news about the sequel reveals very little in the way of details, but if the sequel is anything like the iconic spooky movie, fans are in for a treat!

Are you a fan of Hocus Pocus? What do you hope happens in the sequel to the film? Let us know your story ideas in the comments section below.