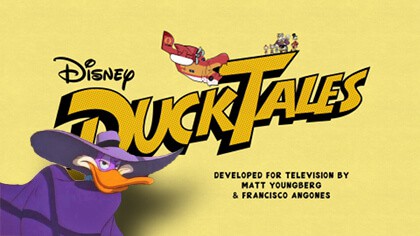 “DuckTales” rebooted (2017) is already awesome, especially with David Tenant on board. This Friday (5/17/19), another Disney animated favorite will be joining the show: Darkwing Duck!

Jim Cummings returns to voice the mysterious caped duck’s actor (in the new feature film hinted in the episode), aka Jim Starling. Darkwing Duck’s creator even has a cameo as Tad, the security guard.

Imagine a reboot (“The Duck Knight Returns!”) within a reboot (“DuckTales” 2017)! That’s exactly what fans of the updated animated series will be treated to this week on the Disney Channel. It’s the perfect blend of two of Disney’s highly popular animated series, “DuckTales” and “Darkwing Duck.”

In the short teaser announcing our hero’s return, director Allister Boorswan (voiced by actual director Edgar Wright) offers to show a trailer of his upcoming “big-budget reboot:” “The Duck Knight Returns!” While Darkwing is only seen in a poster on the office wall, viewers are sure to see him in action when the episode airs on the Disney Channel this Friday. 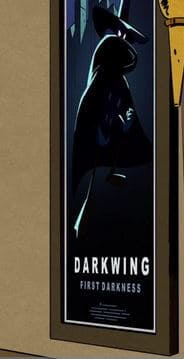 Disney’s “DuckTales” originally aired on ABC from 1987 to 1990. Over four seasons, 100 22-minute episodes followed the adventures of Scrooge McDuck, Huey, Dewy and Louie (Donald Duck’s nephews) and their friends.  The series was given new life on Disney XD in 2017 and moved to the Disney Channel the following year. Beloved Doctor Who actor David Tenant currently lends his voice to Scrooge McDuck. 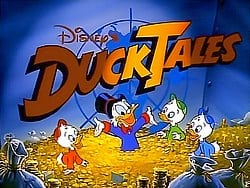 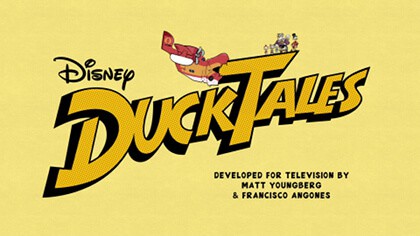 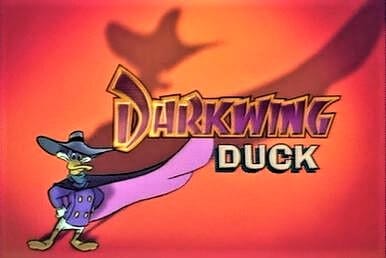 For fans seeking a bit more nostalgic view, both series can be found on DVD. Disney’s Duck Tales (original series $58.99), as well as Darkwing Duck (both seasons $30), are available on video from Amazon. Episodes of Disney’s 2017 reboot of the series can also be purchased on Amazon Prime. 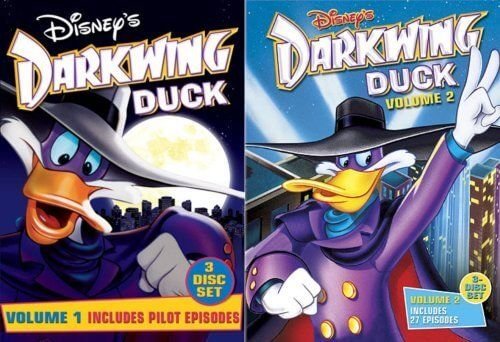 “The Duck Knight Returns!” episode arrives on the Disney Channel (and the Disney NOW app) this Friday, May 15th.