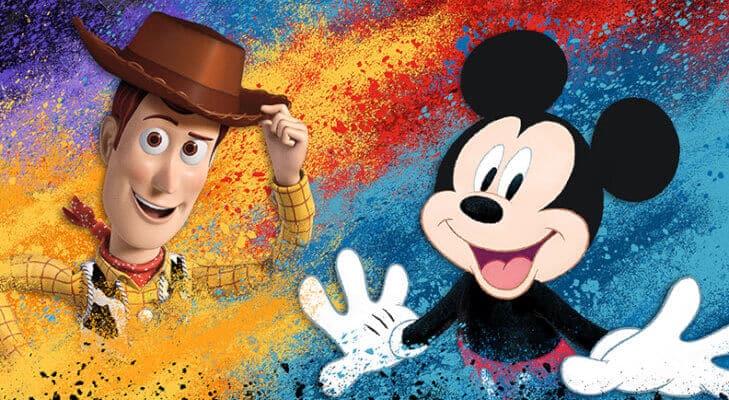 In just a few short weeks, Disney’s biannual convention D23 Expo will be in full swing in Anaheim. We can expect to get a lot of news surrounding all facets of The Walt Disney Company. We’ll be onsite August 23rd through the 25th covering and sharing all the news right here at Inside The Magic!

In advance of the D23 Expo, we’re going to make some predictions on things we expect (or hope) to hear at the event. We’re not going to go over every single panel that is scheduled for the event, rather we’ll take a dive into the bigger panels and what they may reveal. Keep in mind these are not things that have been formally announced, these are simply predictions for news I think (and hope) we may hear at D23.

First up on Friday, August 23rd, there is the “Disney+ Showcase Panel” from 3:30 pm to 5 pm over in Hall D23. During this panel, one of my D23 Expo predictions is that we will get a full trailer for the highly anticipated Star Wars live-action show “The Mandalorian”. We may even get a first look at the “Cassian Andor” series that is another live-action Star Wars show based on the character from Rogue One.

Aside from Star Wars shows, I’d assume we are going to get some more information on other series coming as well such as the “Monsters Inc”, “Loki”, or even the Imagineering Docuseries. We’ve already seen the pricing structure as well as the user interface so I think this panel will be more content-focused than anything.

“The Simpsons” will have their own panel as well on Saturday morning from 10 am to 11 am at the D23 Expo Arena. While I don’t know exactly what Disney will be doing with this panel, my D23 prediction is that “The Simpsons” will be pulled from TV and moved exclusively to Disney+ (BOLD Prediction).

Later that day in the D23 Expo Arena, there will also be the “Haunted Mansion: Celebrating 50 Years” panel. Here is where I predict they will be announcing the addition of the Hatbox Ghost to Walt Disney World’s Haunted Mansion as he embodies the entire 50 years of the attraction for a lot of fans.

On Saturday, August 24th from 1:30 pm to 2:30 pm is the “Secret Walt Disney Company Project” panel following the announcement on what exactly it is on August 22nd. I don’t think it will be anything major simply based on where it falls in the schedule and the stage it’s been placed on. Therefore, it’s not a major focus of the Expo. My D23 Expo prediction for this panel is that there will be some sort of “going green” or environmental focused initiative. What do you think this will be? 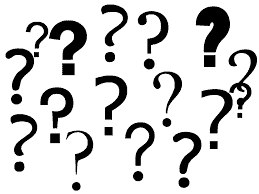 The last day of the event Sunday, August 25th, is going to be the big news day for all Disney theme park fans. In Hall D23, there will be the “Sneak Peek! Disney Parks, Experiences & Products” panel from 10:30 am to 12:00 pm, which is the big panel of the entire weekend. I would assume this will once again be hosted by Bob Chapek as he is the Chairman of Parks, Experiences, and Products just as the panel itself is called. Let’s break it down by parks in the United States and guess what will be announced for each. 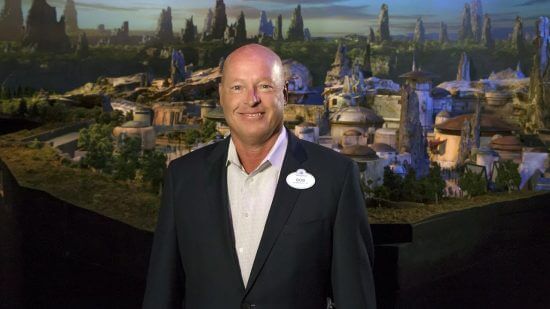 As we all know, Magic Kingdom’s 50th Anniversary is right around the corner in 2021 and I think this panel will focus heavily on the upcoming Golden Anniversary. I don’t imagine we’ll hear much more about Tron as construction is already underway and we know what to expect with the Tron attraction as it is over in Shanghai. As it’s been a few years since we’ve had a nighttime parade at Magic Kingdom, I think the announcement of a new one will come. They may also announce a 50th Anniversary edition of Happily Ever After for the year-long celebration, this would be neat to see! 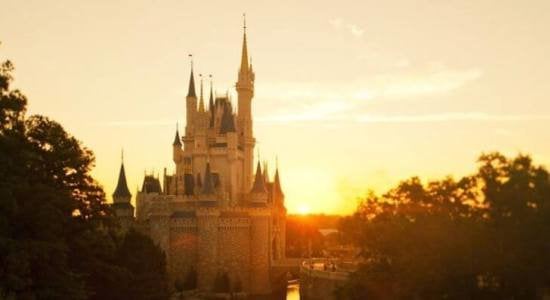 Moving over to Epcot, I think we will get an updated piece of concept art showing more details on the Future World overhaul as a whole. It is likely as well that we will see and hear more details on the Guardians of the Galaxy rollercoaster as it’s quickly coming along, maybe even an opening timeframe. I would also guess that we would get our first official look at some renderings as they did for Slinky Dog Dash at D23 Expo 2017.

Another bold D23 Expo predictions, I think we are finally going to get our first new pavilion addition to World Showcase in a very long time. I’m putting my money on it being a Brazilian pavilion. With the number of Brazilian tourists visiting Walt Disney World, it is a no brainer. 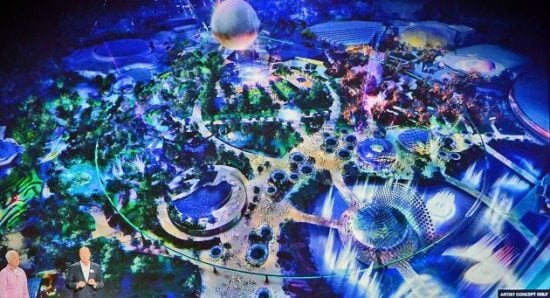 Also, I think we may get our first look inside the space-themed restaurant as this is set to open later this year…maybe even an opening date! We may also hear some more information in regards to the Ratatouille attraction, but much like Tron, I don’t think we’ll receive too many details as it already exists in Disneyland Paris. Lastly, at Epcot, I think some details about the Play Pavilion are very likely. I am very curious about that project in particular. 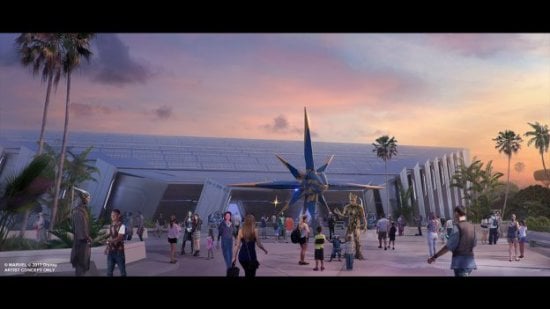 Now to Hollywood Studios, I’m really hoping this piece of the panel focuses a lot on Mickey and Minnie’s Runaway Railway including an in-depth look into this attraction. At this point, we know the attraction will open in 2020. But hopefully, they will give us a better timeframe. I wouldn’t be surprised if we see some ride footage as well since this attraction should be nearing testing and completion. 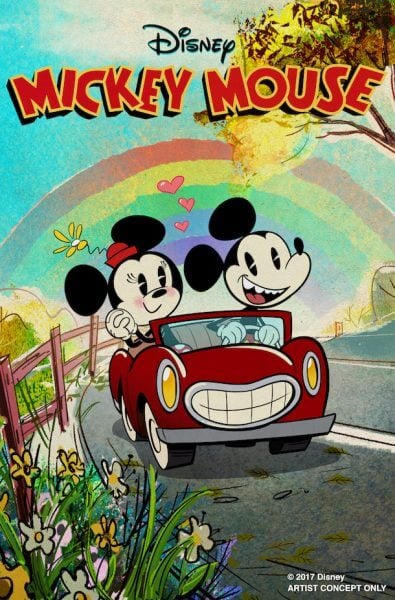 We also may hear more detail on the Toy Story full-service restaurant and what that will entail. Though Galaxy’s Edge at Hollywood Studios isn’t open yet, I’m really hoping that they announce a full-service restaurant to come to the land. Another bold D23 Expo prediction for Hollywood Studios…Muppets will be closing and we will be getting a retheming of the Rock ‘n’ Roller coaster. I know you probably thought I would mention Rise of the Resistance, and yes I was going to add that. However, there is going to be a TV special about it hosted by Neil Patrick Harris. 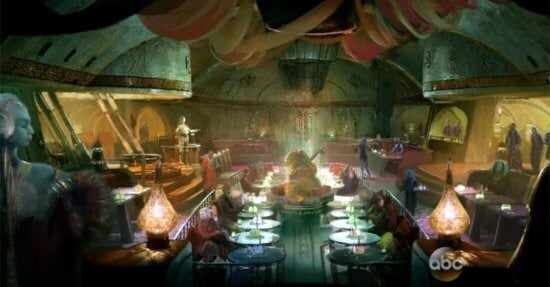 I don’t think there will be much announced for Animal Kingdom. But, if anything we may hear of a retheming for Dinoland USA or even the announcement of a Wakanda area or even Zootopia (BOLD D23 Expo predictions). Perhaps we will hear some more about the Christmas Celebration coming to the park or even fixing the Yeti over at Expedition Everest for the 50th.

I think there is a solid chance that a new Disney Vacation Club (DVC) Resort gets announced. But, the safe bet here is more information on the new Star Wars Hotel. I am eagerly awaiting details on this resort. I think we will get our first look at what the story is going to be during your stay. Also, I think we could get a look at construction progress, as well as what the interactive elements will look like. Who knows, we could even get more up to date concept art. 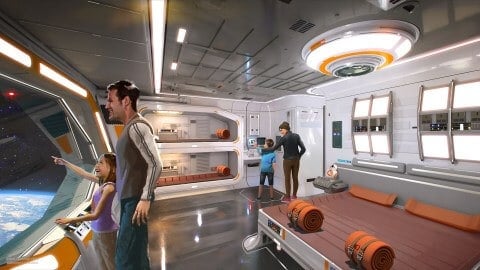 Hopping over to the West Coast, Disneyland will be relatively quiet during this panel in my opinion. I think there is a chance that something small will get announced like a new daytime parade. Other than that I don’t think we are going to get much news from Disneyland. However, Disney’s California Adventure will be where we get some substantial news. I would guess we will not only get the name of the Spider-Man attraction but the name for the Marvel area coming to Disney’s California Adventure. They will probably also talk about some new technology that Imagineering has been working on for the Spider-Man attraction. 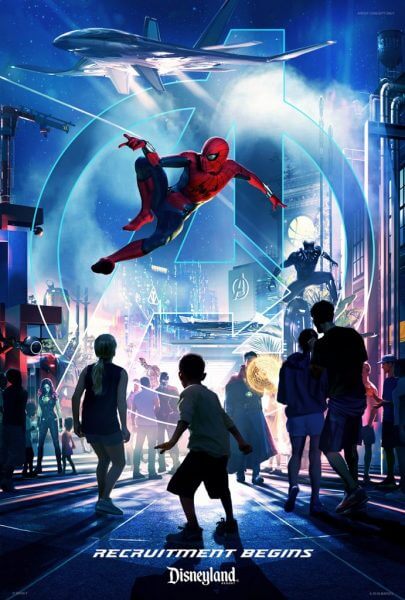 I think that’s about it, stay tuned to Inside the Magic for updates on all the news coming from D23.

What possible announcement are you most excited about? What D23 Expo predictions are you hoping to hear from the event? Let us know in the comments below.