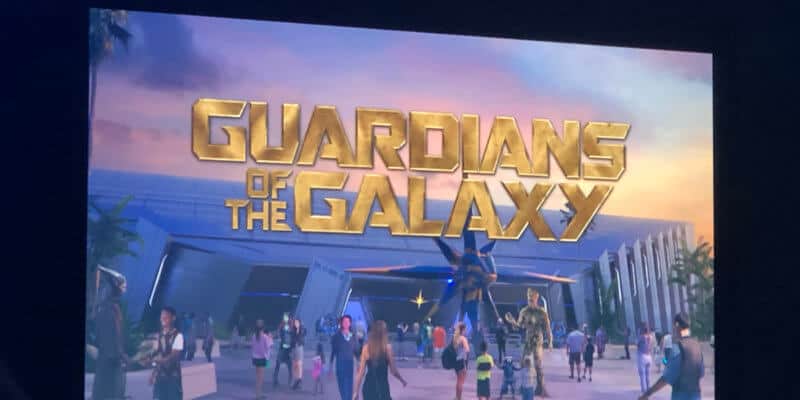 Bob Chapek, Disney Chairman of Parks, Experiences, and Consumer Products revealed the ride vehicles from the Guardians of the Galaxy indoor roller coaster attraction coming to EPCOT during a breakfast panel at IAAPA 2018.

During a special breakfast panel discussing the future and past of the Disney Parks worldwide, Chapek gave Guests an exclusive look at the new ride vehicles to premiere with the attraction in 2021, during the celebration of Walt Disney World’s 50th anniversary.

After the colors from the star-craft the Guardians use to journey through the galaxy in the famous film, the ride vehicles feature an electric blue base with vibrant neon secondary colors of yellow, orange, and silver. 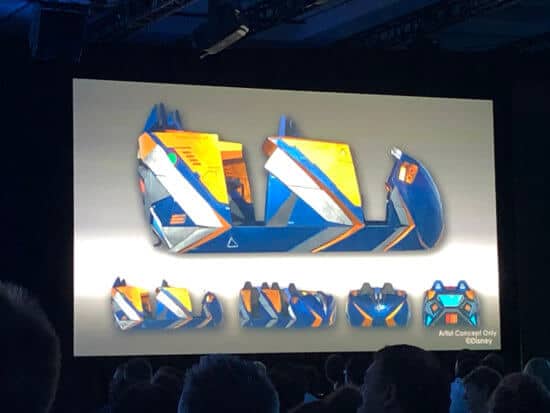 Beyond just the look of these new crafts, Chapek also revealed the revolutionary new way they travel along the indoor coaster’s track. “This will be a coaster, unlike anything you’ve ever experienced before. We call it a storytelling coaster. But on this attraction, each cab will be programmed to direct your eye to the story happening around you. Instead of whizzing by the action, you’ll be fully immersed in the story from the minute you launch,” said Chapek. 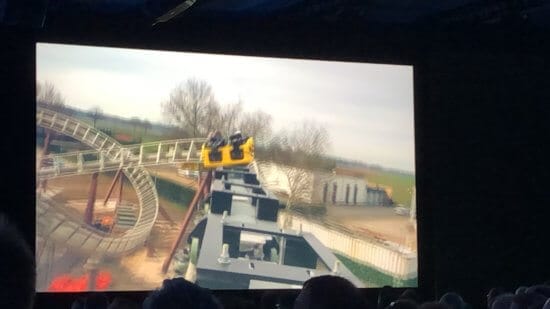 As you journey along the track, each ride vehicle will face not the movement of the way but the action happening around the car during the ride. For video of the new ride in action, take a look at the presentation above, which features an exclusive peek at the innovative new movement of the ride vehicles. 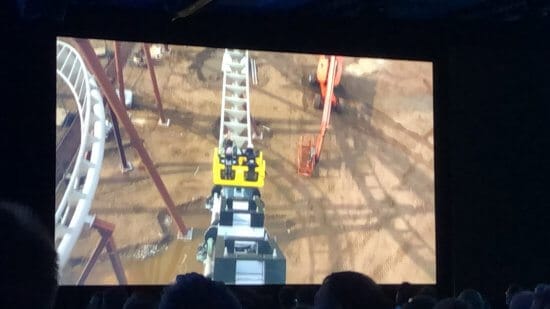 The ride’s show building is currently being constructed, which Chapek said “is large enough to fit four Spaceship Earth attractions.” 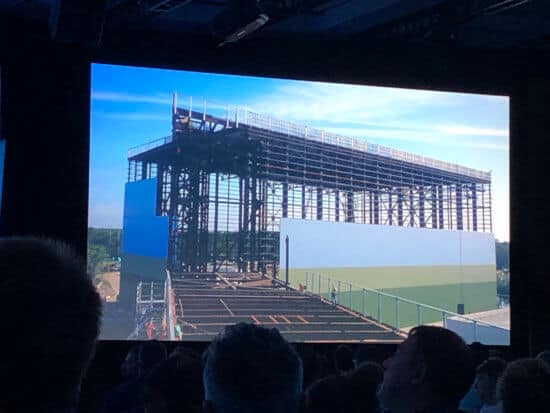 After revealing the new ride vehicle, Chapek mentioned the innovation behind this attraction is part of a larger project by Disney Parks. “This attraction is a part of a multi-year transformation of EPCOT that will honor the Park’s original visitor while making it more timeless, relevant, more family, and more Disney,” said Chapek.

You can rocket through the galaxy with everyone’s favorite Guardians when this ride premieres at EPCOT in 2021, during the 50th anniversary of Walt Disney World Resort.

What are your thoughts on these new ride vehicles? Let us know in the comments below!