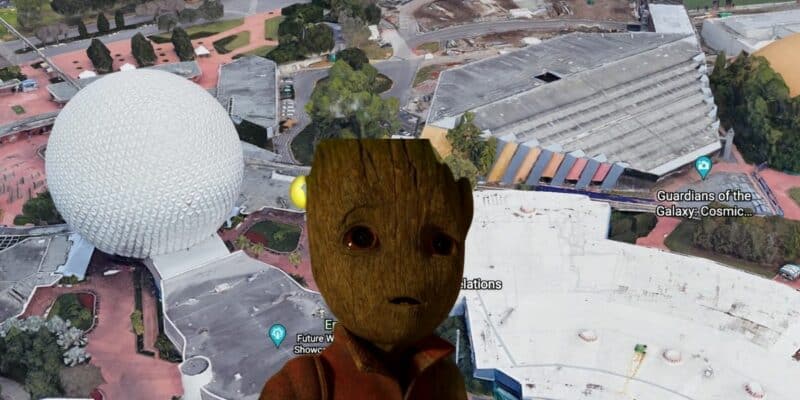 Guardians of the Galaxy: Cosmic Rewind will be nothing like Disney Guests have experienced before. The upcoming roller coaster will be family-friendly and will offer exciting thrills with an innovative ride vehicle that offers 360-degree motion for riders.

With so much going into the attraction, it’s not a surprise that the show building that will house the ride, is, well, massive. But Disney has just confirmed that the Guardians of the Galaxy: Cosmic Rewind, which has already taken over the EPCOT skyline, will be the biggest show building on property.

Drew Disney Dude took to Twitter to share a recent statement from Disney, which, in part, reads:

“Kicking off with a backward launch, the fast-paced attraction will rocket riders through time and space and into the largest “show building” […]

CONFIRMED: Guardians of the Galaxy: Cosmic Rewind at EPCOT will have Audio-Animatronics!

"Kicking off with a backward launch, the fast-paced attraction will rocket riders through time and space and into the largest "show building" on the property, complete with animatronics…" pic.twitter.com/8N35Oi0n9u

The Marvel-themed coaster has been one that Guests cannot wait to explore. Now that we know that the ride will be home to the largest show building on property, we cannot wait to see what’s in store once the ride debuts, which will be in Summer 2022.

Are you excited for when Guardians of the Galaxy: Cosmic Rewind debuts? Are you surprised to hear it will have the biggest show building on property? Let us know in the comments below.