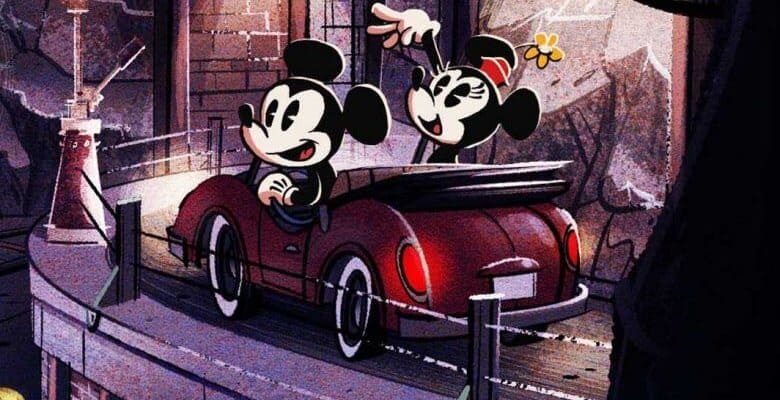 During D23’s Destination D event, an update of Mickey & Minnie’s Runaway Railway revealed new details of the attraction’s score, its creators’ utilization of “hand-built” sound effects, and the way this new attraction will pay homage to Mickey’s rich past.

D23’s Destination D event, which has been celebrating Mickey Mouse’s milestone 90th birthday over this past weekend with presentations looking back at the Walt Disney company’s rich past, celebrated the company’s bright future with a look at Walt Disney World’s coming Mickey & Minnie’s Runaway Railway attraction. 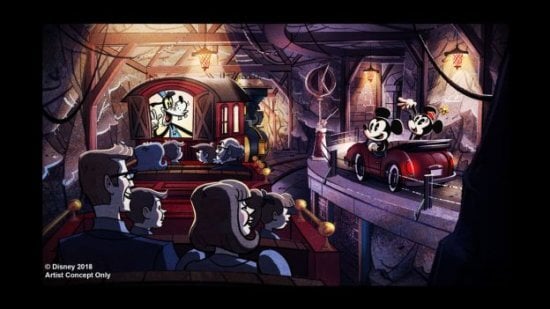 As part of the “Catching Up with Mickey & Minnie’s Runaway Railway” panel, Disney Imagineer Kevin Rafferty and Senior Creator Producer/Manager Charita Charter sat down to discuss the new ride, which Disney hasn’t revealed many details about since its announcement back at D23 Expo 2017.

Rafferty and Charter explained that the attraction’s score creation had been a lengthy process, similar to a major motion picture. “A couple of months ago, we created the score in Hollywood, California with a 65-piece orchestra,” said Rafferty.

The score was created by Chris Willis, who is most known for his work as the composer of Disney’s Mickey Shorts. “Chris Willis is a big Disney Parks fan and jumped at the opportunity to be a part of it,” said Rafferty. 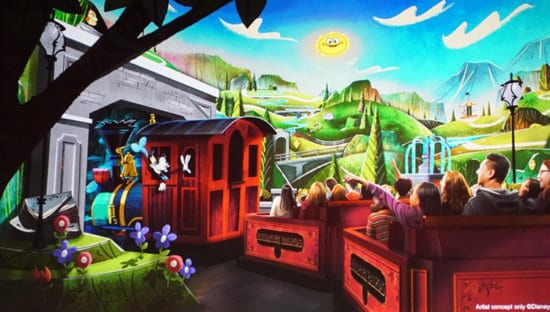 During the panel, Rafferty and Charter also revealed that the attraction is holding to the early days of Mickey Shorts creations by using only “hand-built sound effects. Rafferty stated that every sound effect going into the attraction would be created with physical items in a recording booth, similar to Jimmy Macdonald’s, the original head of the Disney sound effects department, utilized when creating sound effects for Disney animated features back in the day. 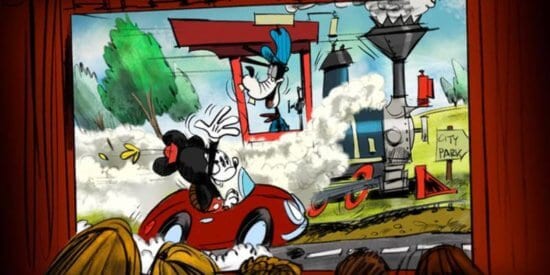 When discussing Macdonald, Rafferty revealed that the attraction’s creators currently have all of Macdonald’s original props, which they plan to create the sound effects for Mickey & Minnie’s Runaway Railway.

One special prop, which Rafferty and Charter displayed during the panel, was the original whistle used to create the sound effects in the iconic Mickey Mouse short “Steamboat Willie.” Rafferty said that the sounds of the train in the coming Mickey & Minnie Runaway Railway would be created using this same whistle.

Be sure to check out our other exciting reports from Bob Chapek at IAAPA and D23’s Destination D event, which include the reveal of EPCOT’s Guardians of the Galaxy roller coaster ride vehicles and exciting new details of Star Wars: Galaxy’s Edge attractions and coming Star Wars Resort.

Are you excited about Mickey & Minnie’s Runaway Railway? Let us know in the comments below!