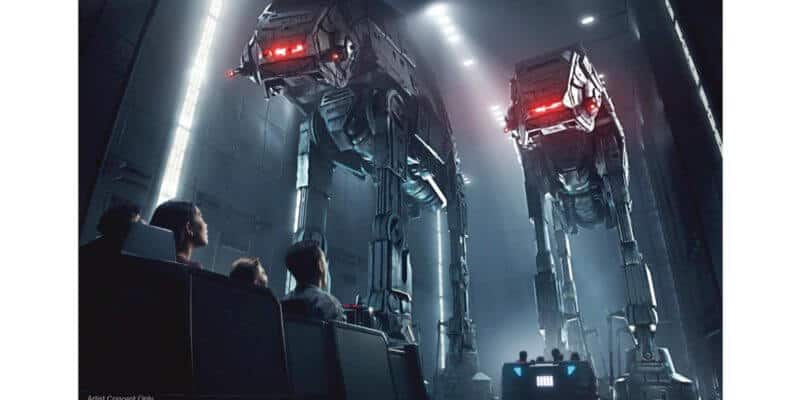 Star Wars: Galaxy’s Edge has been delighting guests at Disneyland for over a month now and is only weeks away from opening to the general public at Walt Disney World. And to celebrate, Freeform will be offering fans a look backstage, behind-the-scenes of Star Wars: Galaxy’s edge. Although, this special isn’t just any behind-the-scenes look as it will also give fans a sneak peek at Rise of the Resistance, the second attraction to open at the Star Wars-themed lands later this year.

The 2-hour special “Star Wars: Galaxy’s Edge – Adventure Awaits” is set to air Sunday, September 29 at 8 p.m. and will be hosted by none other than Neil Patrick Harris. The “immersive and exclusive television event” will give viewers the chance to see inside the otherworldly new lands and learn more about how the planet of Batuu came to life.

And if you think Galaxy’s Edge doesn’t already have enough stars, the special will also feature celebrity guests of Kaley Cuoco, Keegan-Michael Key, Jay Leno, Sarah Hyland, Miles Brown and more. In addition to these famous cameos, the special will also include Walt Disney Imagineers and Disney Cast Members who will share insider details of how they helped bring the intergalactic land to life.

The special will follow Neil Patrick Harris as he meets up with Keegan-Michael Key for laughs at Oga’s Cantina and takes a tour of Batuu. Sarah Hyland learns about the tensions between the First Order and the Resistance and creates her own droid at the Droid Depot. Jay Leno gets to explore Millennium Falcon: Smugglers Run, inside and out and most exciting of all–Kaley Cuoco gets a special sneak peek inside the upcoming attraction, Star Wars: Rise of the Resistance.

What exactly we’ll get to see of the new attraction in the special is still unknown. However, we’d like to think it’s a closer look at the experience, which is believed to be almost a half-hour long and to include appearances by BB-8, Rey, Nien Nunb, Poe Dameron, Finn, and Kylo Ren.

Will you tune in to Freeform September 29 at 8 p.m. to see this intergalactic special? Let us know in the comments below!