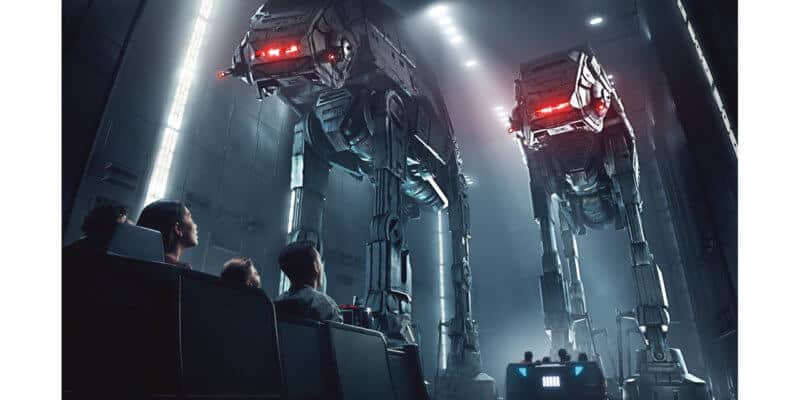 In a new release by Disney, it was revealed that Star Wars: Rise of the Resistance will be opening December 5 at Walt Disney World Resort. The company reports that the date is in celebration of Walt Disney’s birthday! What better way to honor the iconic storyteller than by introducing this immersive and advanced attraction?

The debut of the attraction will come only four months after the premiere of Star Wars: Galaxy’s Edge at Disney’s Hollywood Studios.

As per Disney’s release: When it opens, Star Wars: Rise of the Resistance will blur the lines between fantasy and reality and will put guests in the middle of a climactic battle between the First Order and the Resistance. During the attraction, guests will be recruited to join Rey and General Organa at a secret base. Along the way, they will be captured by a First Order Star Destroyer. With the help of some heroes of the Resistance, they break out and must escape the Star Destroyer, protect the secret base, and stay one step ahead of Kylo Ren.

Besides this release by Disney, not much else is known about the ride. Earlier this year, we reported that the attraction could last as long as 28 minutes. It seems we’ll finally learn if this information is valid when the attraction opens later this year.

According to Disney, as soon as the work on the intergalactic attraction is completed at Walt Disney World, Imagineers will be heading back to California to complete Disneyland’s version of the same attraction to open next year.

What are your thoughts on Walt Disney World’s version of the attraction opening prior to Disneyland’s? Let us know in the comments below!