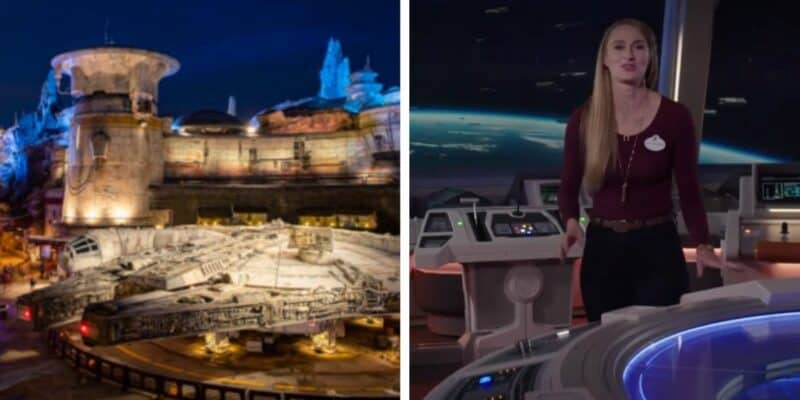 Now, Disney has revealed a first look at how the bridge of the Halcyon Starcruiser will look for Guests staying at the new Disney Parks addition when it opens next year.

Star Wars: Galactic Starcruiser hotel has been confirmed to open next year on March 1, with bookings opening this year on October 28. The new vacation experience will debut amidst the Walt Disney World 50th anniversary, or “The World’s Most Magical Celebration”, which begins October 1. The hotel near Star Wars: Galaxy’s Edge at Disney’s Hollywood Studios will be a new Star Wars adventure that Guests will embark on as soon as they enter their Launch Pod.

What is Star Wars: Galactic Starcruiser?

Star Wars: Galactic Starcruiser is a first-of-its-kind vacation experience that goes beyond anything Disney has created before. You’ll become the hero of your own Star Wars story during this two-night adventure, traveling the galaxy in style aboard the Halcyon starcruiser and eventually making your way to the Outer Rim for a planetside excursion to Batuu.

You choose how to make your way in the galaxy – maybe as a member of the Resistance, or by learning the ancient ways of the Jedi lightsaber. Maybe you prefer loyalty to the First Order or the excitement of living life like a smuggler? The decisions are up to you.

Now, despite extremely detailed concept art and first look images that were released earlier this year, Disney has revealed a sneak peek of what Disney World Guests can expect the bridge of the Halcyon will look like courtesy of Executive Producer and Creative Director of the Star Wars: Galactic Starcruiser, Ann Morrow Johnson.

You can see from the images that the real-life version of the bridge’s controls looks remarkably like the previously released artist renderings. Another great example of Disney Imagineering in the world of the Star Wars galaxy.

Disney’s Galactic Starcruiser hotel will feature the Crown of Corellia Dining Room, the Sublight Lounge, opportunities to wield a lightsaber, and an immersive passenger cabin for each Guest party.

The Star Wars: Galactic Starcruiser will further enhance Lucasfilm’s Star Wars footprint at the Walt Disney World Resort, joining Star Wars: Galaxy’s Edge at Disney’s Hollywood Studios as a place for Jedi to unite and the Resistance to rise up in the face of the First Order. It will also most likely be a huge feat in Walt Disney Imagineering.

This  Galactic Starcruiser news comes just a week after Disney World paused the virtual queue for its popular attraction, Star Wars: Rise of the Resistance, debuting a standby queue in its place for the first time since the ride opened in 2019.

Are you looking forward to staying at the Star Wars: Galactic Starcruiser? Let us know in the comments!