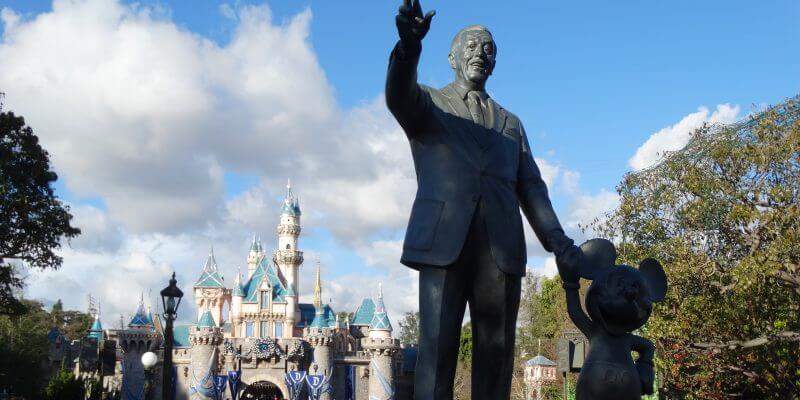 As we approach the D23 Expo 2017, I wanted to write about something that’s been on my mind a lot lately. As a lifelong Disney fan and a member of the theme park news community for the past two years, I’ve noticed that the only constant in this industry is changing.

Actually, I take that back. There are actually two constants: change – and people complaining about change.

The Disneyland that opened in 1955 would be almost wholly unrecognizable to guests today. Other than Main Street USA and Sleeping Beauty Castle, you’d be hard-pressed to find an area in the park that hasn’t been completely overhauled during the ensuing sixty-two years. In fact, many attractions now considered time-honored classics (Pirates of the Caribbean, Haunted Mansion, Space Mountain) didn’t welcome their first guests until the 1960s or 70s.

A problem arises when we, the fans, are unwilling to let things go.

Last year, it spurred a fan uproar that rages on and on, despite the fact that this change led directly to the opening of the park’s excellent new Guardians of the Galaxy – Mission: BREAKOUT! attraction.

And just a couple of weeks ago, when the park revealed additional upcoming changes to the Pirates of the Caribbean boat ride in an effort to once again eliminate some of the more politically incorrect elements, even I wasn’t hesitant to protest. Why change something that worked for fifty years, something that Walt Disney himself oversaw and approved? You wouldn’t go back and make a scene out of an old movie just because it doesn’t suit today’s social sensibilities.

But what I didn’t consider at that moment is that theme parks are not movies, nor are they paintings or even sculptures. Unlike most other works of art, theme parks are constantly changing and evolving and we in the theme park community have to learn how to accept that. (Don’t worry — I’m talking to myself here as much as anyone else.)

It helps, of course, when said changes are perceived mostly as a good thing. For example, when the Indiana Jones Adventure Outpost shop was removed to add an indoor dining area for the Bengal Barbecue food counter at Disneyland, many fans responded with overwhelming positivity. The move cleared up foot traffic in Adventureland and helped the park breathe a little, and especially welcome adjustment in the hot, crowded summer months.

When the change isn’t a popular one, however, things can get a little contentious. Sure, Disney has been known to make some big mistakes from time to time (see the altered Journey into Imagination at Epcot, Rocket Rods at Disneyland, or Stitch’s Great Escape at Magic Kingdom) but by and large we have to recognize that the company– for the most part– knows what’s best for itself and its parks. And that in the course of time the errors will hopefully iron themselves out.

Look at everything you know and love about the Disney theme parks, and consider where those ideas came from — by and large the same accomplished minds who are coming up with the changes you dread so much. Walt Disney Imagineering, partnered with the larger Disney Parks and Resorts corporate umbrella, has far more successes than failures under its belt. I have to think that by now they know what they’re doing. Never mind the fact that, as is often quoted during arguments such as these, Walt Disney once famously said “Disneyland will never be complete. It will continue to grow as long as there is imagination left in the world.” Citing that concept is almost a cliché by this point, but it remains true to this day, and it’s important to have an endorsement for these evolutionary steps from the man himself.

So as we enter into this D23 Expo weekend, where many more announced alterations to the parks are already either rumored, leaked, or anticipated, let’s keep in mind that while change isn’t always for the best, the best things are always born out of change. That’s as true in life as it is in theme parks. And as a fan, I can’t wait to see what Disney’s Imagineers come up with next.