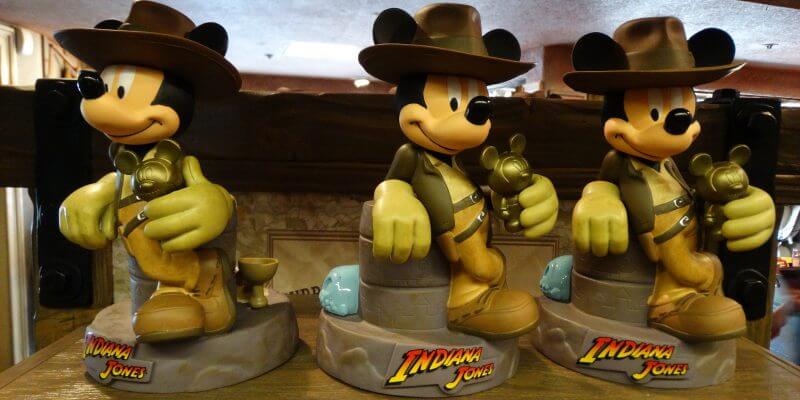 Exit through the gift shop. That’s long been Disney’s plan in ushering guests out from popular attractions and into a store designed to carry merchandise themed around said attraction. However, when there isn’t room to build a gift shop within the ride’s exit, the plan is to install one across the path.

That’s the case with Indiana Jones Adventure Outpost, which opened in March of 1995 alongside Indiana Jones Adventure: Temple of the Forbidden Eye in Disneyland‘s Adventureland area. The shop carried several varieties of Indy‘s famous fedora hat, whips, fine leather jackets, and a plethora of artifacts perfectly suited to those seeking fortune and glory. This past Saturday, via an article in the Orange County Register, Disneyland revealed that the park would be removing the Adventure Outpost shop (along with the adjacent South Seas Traders and a large planter in the center of Adventureland). The space will be repurposed as a new indoor seating area attached to the nearby Bengal Barbecue take-away food stand so that traffic congestion might be relieved in that corner of the park.

Over the weekend, I paid one final visit to the Indiana Jones Adventure Outpost. I took some photos and video to remember it by, and I said a fond farewell to one of my favorite Lucasfilm-themed hangouts in the park. Sadly, the famous Indiana Jones pinball machine was not present in the store for me to get a last game in.


According to the Cast Member that spoke with me, many of the items for sale at the Indiana Jones Adventure Outpost and South Seas Traders will be relocated to the neighboring Adventureland Bazaar. It will be interesting to see whether the demand for Indy merchandise increases with the upcoming release of the fifth movie in the series in 2020. Of course, Walt Disney World regulars still have their Indiana Jones shop at Disney’s Hollywood Studios and the amazingly-detailed Jock Lindsey’s Hangar Bar in Disney Springs.

Today our friends at Laughing Place shared a couple tweets showing what the stores’ facades now look like after having been boarded up:

Fortunately, Disneyland fans need not worry about the ride located just across the way from the Adventure Outpost. I believe Indiana Jones Adventure: Temple of the Forbidden Eye will remain in the park for quite some time.