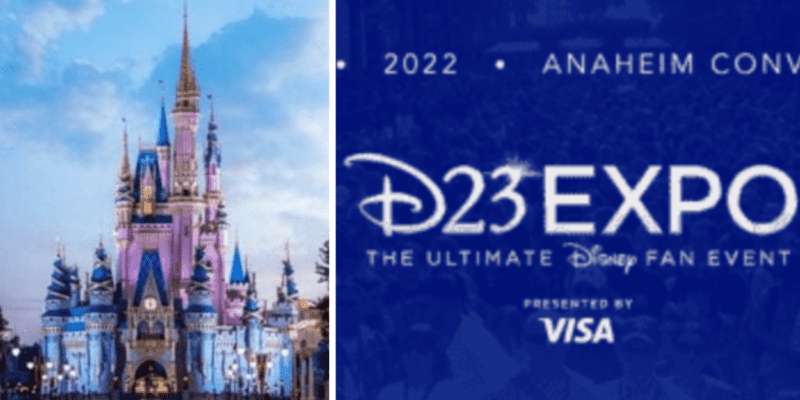 One of the most exciting Disney events of the year in the D23 Expo is just a day away from its start.

The D23 Expo, which takes place every other year at the Anaheim Convention Center, is the ultimate Disney fan event. If you love all things Disney Parks, as well as Marvel Studios, Star Wars, Pixar, Disney history, and much more, this is the place for you.

As we are counting down the hours until the event, here’s a look at 10 secrets that Disney could reveal this weekend for fans.

*Please keep in mind these are predictions based on speculation, reports, and sources, but nothing has been confirmed by Disney at this point.*

Disney has begun to make major headway in retheming the classic Magic Kingdom and Disneyland Park attraction Splash Mountain to Princess and the Frog featuring Princess Tiana. Disney revealed earlier this year that the attraction is set to open in 2024, but that doesn’t mean we won’t get more information. Many have wondered when Splash Mountain will close permanently and we might get a better look at the timetable for that at D23.

TRON Lightcycle/Run has been a construction project in progress for several years now. Disney fans have patiently waited for the ride to open in Tomorrowland in Magic Kingdom, but that simply hasn’t happened yet. There has been a lot of testing on the ride over the last couple of months and people have even been seen riding. Will we finally know the opening date this weekend?

There’s a ton of Marvel content that will be announced during this time. We’ll likely get an update on Spider-Man and the future of Tom Holland’s Peter Parker character. Perhaps we even find out who the villain will be in the next installment of the series? We might even see something about Spider-Man: Freshman Year.

It’s possible that Disney and Marvel fans might see more info about or another trailer for the somewhat controversial Black Panther: Wakanda Forever (2022)  and there have been rumors that we might get a Shang-Chi 2announcement. These are just some of the possible announcements we might get from Marvel Studios this weekend.

Of the pre-COVID offerings that still has yet to make its way back to the Disney Parks are dining plans. Disney Park fans have begged for the return of Dining Plans, but they’ve yet to get their wish. Could this be one of Disney’s big announcements to excite fans for the future of their Park planning?

At the very least, we should be getting an official date on the return of Fantasmic! at Disney’s Hollywood Studios. However, there are rumors circulating that the Main Street Electrical Parade and possibly even Happily Ever After could be making their return to Magic Kingdom.

There will be plenty of Star Wars content announced during this time, as well, but probably the most highly-anticipated piece of news will be the date for the Season 3 premiere of The Mandalorian.

We recently reported that there is expected to be a massive announcement made for Disneyland Paris for a new Tangled ride. While Disney fans hoping for one at Magic Kingdom or Disneyland Park will have to wait, this without a doubt is going to be an extremely popular attraction.

DinoLand U.S.A. closed its doors at Disney’s Animal Kingdom and many fans have wondered what might be replacing it. There have been rumors that we could see a Zootopia-themed land take over the space, but nothing has been said by Disney at this point.

It’s been quite a while since Guests have ridden on the Walt Disney World Railroad. We’ve seen the train running a few times over the last few months, but still nothing. It’s about time we at least get an update, perhaps even a reopening date.

What are your predictions for what will be announced at D23? Let us know in the comments!