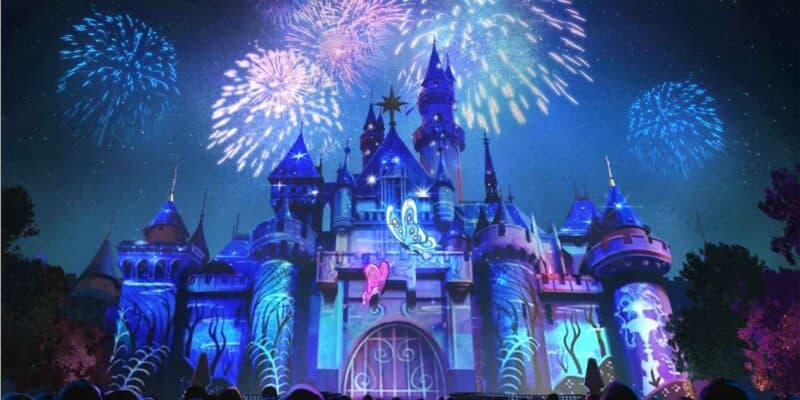 Next year, The Walt Disney Company will celebrate 100 Years of Wonder, and the hub of the celebration will take place at Disney’s very own playground, Disneyland Resort.

The run-up to the Disney100 celebrations has been a long-time coming. With more details announced at D23 Expo 2022 in Anaheim, Southern California, fans of the Mouse House can expect a massive year of Disney magic from all aspects of the global corporation. On marking the creativity, innovation, and determination that makes Disney so beloved, the company said:

Disney100 will be the largest cross-company global celebration in the 100-year history of The Walt Disney Company, and it will officially kick-off during Dick Clark’s New Year’s Rockin’ Eve with Ryan Seacrest on ABC.

Along with a slew of new stories from places like Walt Disney Animation Studios (think, Wish) and Walt Disney Studios Motion Pictures (how about The Little Mermaid?), the home of the centenary will be Walt Disney’s first-ever theme park, Disneyland Resort.

When was Disney100 announced?

How long is Disney100 being celebrated?

There is currently no end date for the Disney100 celebration but Disney Parks anniversaries such as the 50th anniversary of Walt Disney World Resort, The World’s Most Magical Celebration, last for around 18 months.

When does Disney100 begin at Disneyland Resort?

Disney100 begins on January 27, 2023, across Disneyland Resort’s theme parks, Disneyland Park, and Disney California Adventure Park. It is likely that the Downtown Disney District will also be joining in the festivities. Home to areas like Fantasyland at Disneyland Park and Avengers Campus at Disney California Adventure, franchises like Star Wars, and attractions like Big Thunder Mountain and Guardians of the Galaxy — Mission: BREAKOUT!, the 100th anniversary at the Disney Park Resort is expected to draw big crowds.

What new experiences are coming to Disneyland Resort for Disney100?

An exciting update that came out of the D23 Expo was the announcement of two new nighttime spectaculars at Disneyland Resort. First up will be the debut of a new show over Sleeping Beauty Castle at Disneyland Park called Wondrous Journeys, and secondly, World of Color — One will take over Disney California Adventure. Disney writes:

Two new nighttime spectaculars—World of Color – One and the new fireworks show Wondrous Journeys—will kick off in late January at Disneyland Resort. World of Color – One at Disney California Adventure will span the broad storytelling legacy of Disney’s first 100 years and tell a new story through Disney classics and new favorites. Wondrous Journeys at Disneyland Park will ignite the wonder in everyone and feature nods to all 60 Walt Disney Animation Studios films to date, taking viewers on a journey filled with artistry, music, storytelling, and heart. Special entertainment moments will also pop up across the resort, including the long-awaited return of the Magic Happens parade this spring.

From Snow White and the Seven Dwarfs (1937) to Strange World (2022), Disney claims Wondrous Journeys has been “100 Years in the Making”. The official website describes the new nighttime spectacular:

For over 100 years, Walt Disney Animation Studios has unlocked a special kind of wonder in our lives. These films have inspired us to dream bigger, unleash our spirit of adventure, discover the power within—and realize that it’s kind of fun to do the impossible.

Wondrous Journeys is an enchanting celebration of the wishers, dreamers and artists at Walt Disney Animation Studios who have shared their imagination and talents with the world.

World of Color — One

World of Color — One replaces the current World of Color at Disneyland California Adventure and celebrates the courageous characters that make waves in Disney storytelling. The show is described as:

World of Color – One celebrates the rich storytelling legacy begun by Walt Disney a century ago, bringing to spectacular life moments from favorite films including The Lion King, Soul, Moana and many more.

Watch in wonder as some of the most courageous, loving and inspiring characters get brought to life in new ways!

The new spectacular coming to Disneyland Resort will last 24 minutes. Guests can utilize the virtual queue option to gain earlier access to the World of Color — One viewing area or a priority spot can be achieved by showing a valid World of Color — One dining package or World of Color — One Dessert Party voucher. Disney says “[a]dditional viewing for each performance is located around Paradise Bay on a first-come, first-served basis.

Along with the huge debut of two new nighttime spectaculars, Disneyland Resort will also be bringing back the “Magic Happens” Parade on February 24. Disney says:

As part of the Disney100 Celebration at Disneyland Resort, celebrate the return of this unforgettable spectacle that reminds us you don’t need wings to fly, shooting stars are for wishes and magic doesn’t end at midnight!

With a wave of his wand, Mickey Mouse leads a cavalcade of fabulous floats, whimsically costumed performers and popular Disney pals around the park and into your hearts—all while moving to a high-energy contemporary musical score that puts a spin on classic Disney hits. In addition, a stirring song co-composed by singer-songwriter Todrick Hall brings some of your favorite Disney tales to life like never before.

As with any Disney Parks parade, “Magic Happens” may not show daily and times of operation are likely to change.

Is there new food and merchandise for Disney100 at Disneyland Resort?

Does Mickey and Minnie’s Runaway Railway open for Disney100?

Mickey and Minnie’s Runaway Railway will open with the launch of Disney100 at the Disneyland Resort. Disneyland Park’s attraction will be the second in the Disney Parks portfolio, joining the one in Disney’s Hollywood Studios at Walt Disney World Resort. The new “enhanced” attraction will be part of the newly renovated Mickey’s Toontown. Finding its home in the El CapiTOON Theater, Disney’s synopsis is as follows:

Along with the festivities at Disneyland Resort, as former CEO Bob Chapek stated, the 100th anniversary occasion will be celebrated globally and company-wide. Disney100: The Exhibition will begin at The Franklin Institute in Philadelphia on February 18, 2023, Pennsylvania before moving to Chicago, Illinois, and Kansas City, Missouri. On the exhibition, Disney said:

The Walt Disney Archives is opening its vault of treasures, showcasing more than 250 of its “Crown Jewels,” rarely seen original artworks and artifacts, costumes and props, and other memorabilia.

The centenary is a momentous occasion for any company, but one with such a massive legacy as Disney — which includes theme parks, Disney films, gaming, television, Mickey Mouse, and much more — is sure to be one for the ages.

Will you be attending Disney100 at the Disneyland Resort? Let us know in the comments down below!