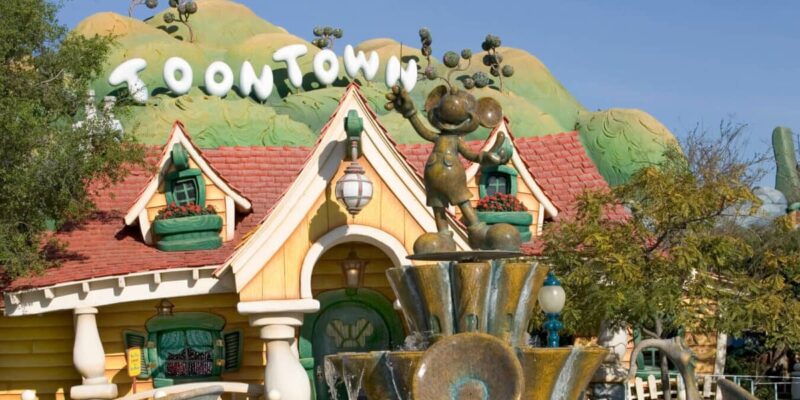 It is all systems go at Disney Parks worldwide.

Multiple Resorts are currently undergoing massive construction projects with new attractions like Guardians of the Galaxy: Cosmic Rewind coming to Walt Disney World Resort and Arendelle: World of Frozen heading to Disneyland Paris. At Disneyland Resort, one of the Park’s most iconic lands is currently closed with a massive retheming project planned.

And Cast Members just got started.

The Disneyland Resort in Anaheim, Southern California, is close to many Disney fans’ hearts. Walt Disney’s first theme park, The Happiest Place On Earth, sees Disney magic shared with Guests every day of the year. From classic Disney attractions at Disneyland Park to Marvel superheroes at Disney California Adventure Park’s Avengers Campus, and the Downtown Disney District, Disneyland Resort is a hive of joy.

One land, however, will remain closed for the rest of 2022, with a slated opening for sometime next year. Mickey’s Toontown closed weeks ago with the cartoon-themed area undergoing a major renovation project.

As we shared previously, Mickey’s Toontown at Disneyland park is undergoing a reimagining of its own, and will debut with new experiences and more play for guests, with a focus on families and young children, in early 2023.

Today we are sharing a photo of our teams breaking ground on the land, coming together to celebrate this milestone and the work underway to bring this transformation to life.

The House of Mouse shared the celebratory photograph of the Walt Disney Imagineering project:

Known for attractions like Donald’s Boat, Goofy’s Playhouse, and Gadget’s Go Coaster, Mickey’s Toontown opened in 1993 inspired by Who Framed Roger Rabbit? (1988), the reimagining will see the replacement of these experiences as well as the unveiling of new areas like CenTOONial Park.

There are lots of changes and updates coming to the Disneyland Resort in the next months and years, not to mention the yearly maintenance and ride closures such as Pirates of the Caribbean at New Orleans Square. Tomorrowland will see the Star Wars: Hyperspace Mountain overlay come to Space Mountain, while Tarzan’s Treehouse at Adventureland is set for a major retheme.

From a Disney hotel perspective, after rumors, Disney’s Paradise Pier Hotel will be transformed into a Pixar-themed experience, including a dedicated entrance to Disney California Adventure Park for Guests staying at the property. Disneyland Hotel and Disney’s Grand Californian Hotel & Spa will continue to welcome Guests, with a major perk also returning to the Resorts — Disney Parks Blog shared, “Later this summer, guests of the Disneyland Resort hotels can look forward to the ability to send select theme park purchases back to their resort hotel.”

What are you hoping to see at the new Mickey’s Toontown land? Let us know in the comments down below!